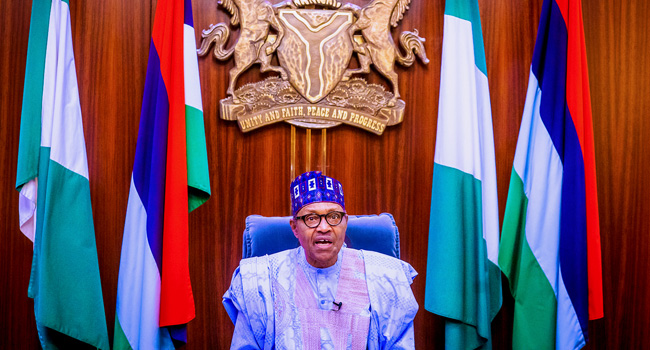 President Muhammadu Buhari has defended his administration’s decision to remove fuel subsidy, resulting in the increase in the price of the commodity which now sells at N161 per litre.

In his speech commemorating Nigeria’s 60th Independence Day anniversary on Thursday, President Buhari made of comparison of the price of petrol in the country and some other West African oil producing countries like Ghana and Chad.

He said it makes no sense for fuel to be cheaper in Nigeria than in Saudi Arabia.

“Petroleum prices in Nigeria are to be adjusted. We sell now at N161 per litre. A comparison with our neighbours will illustrate the point,” he said.