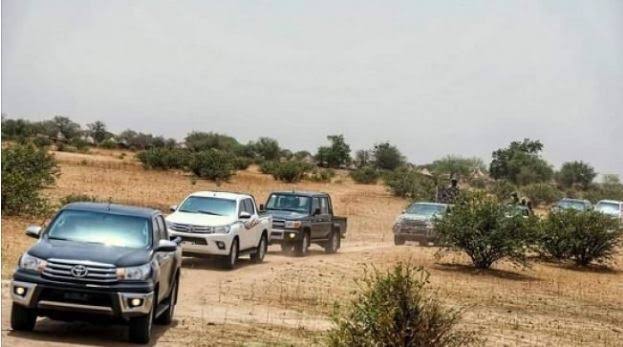 The convoy of Babagana Zulum, governor of Borno state, has been attacked by Boko Haram insurgents, The Cable reports.

This incident comes barely 48 hours after Zulum’s convoy was attacked by insurgents on Friday.

TheCable had reported how security operatives were killed when Boko Haram insurgents opened fire on the governor’s convoy and other vehicles conveying government officials to Baga, a town in the state, for the resettlement of internally displaced persons (IDPs).

However, the Sunday attack reportedly occurred along Baga-Kukawa axis of Borno.

A source who confirmed the news to the TheCable said troops of the Nigerian air force were mobilised immediately to the scene of the incident and were able to foil the insurgents’ attack.

However, one of the soldiers attached to the convoy sustained injuries during the attack.

Reacting to the first attack, President Muhammadu Buhari described the incident as an attempt to sabotage the return of IDPs to their homes, while Zulum had said the insurgents want to take over Borno.

In July, the governor’s convoy was also attacked at Baga while he was on his way to some IDP camps in the northern part of Borno.