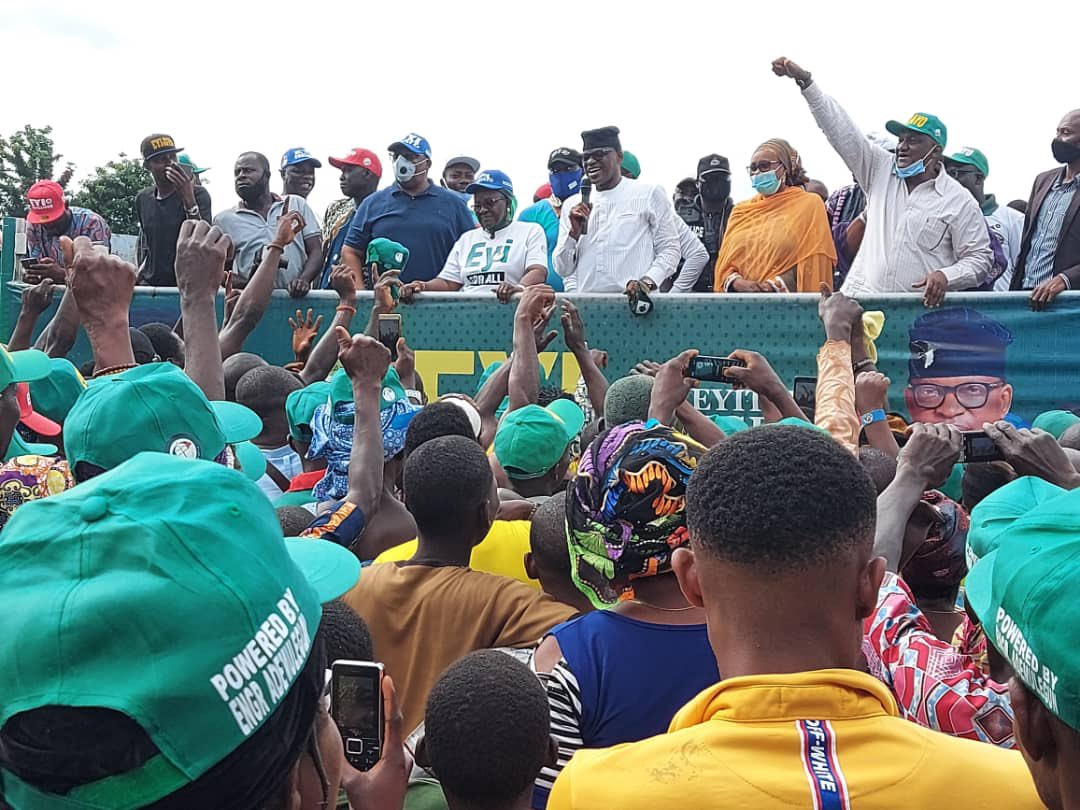 The Peoples Democratic Party (PDP) National Campaign Council for Ondo Governorship Election has condemned the excuse given by embattled Governor Rotimi Akeredolu of Ondo State that he submitted the account of the spending of COVID-19 response funds in the state to an Abuja-based Non-Governmental Organization, describing it as “self-indicting”.

The PDP berated Governor Akeredolu for “seeking to drag in an NGO as a cover to evade answering to queries put to him by the Ondo people who demand a detailed public account of the COVID-19 intervention funds following allegations of diversions by officials of his self-serving administration”.

The main opposition party further urged the Ondo Governor to rather l account to the people directly.

This was contained in a statement signed and issued by Kola Ologbondiyan, spokesperson of the PDP, on Monday.

“It is sickening that Governor Akeredolu seeks to confuse the citizens of Ondo state by referring to a bank account he claimed to have sent to an NGO, which provides no proofs of actual item purchases as well as actual delivery of materials and services for payments,” the statement further reads.

“We invite Nigerians and the Ondo people to note that Governor Akeredolu’s self-serving administration has failed to account to the people on the management of the fund, having failed to show the term of expenditures, approving details; quantity and quality of products and services paid for; as well as confirmation of actual delivery for payments made.

“The response by Governor Akeredolu has only muddled up statutory financial accounting system by referring the people of Ondo to an NGO in Abuja.

“Our campaign therefore invites the Economic and Financial Crimes Commission (EFCC) to immediately commence investigation into the handling of the Ondo COVID-19 funds now that Governor Akeredolu has failed to give proper account as demanded by the Ondo people.”