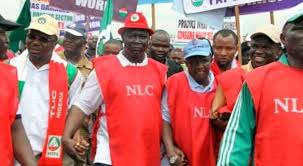 The Nigeria Labour Congress (NLC) and the Trade Union Congress (TUC) have resolved to go ahead with its planned nationwide protest fixed for Monday September 28, despite a court order restraining the labour unions from embarking on the mass exercise.

The labour unions had resolved to protest on Monday after a failed dialogue with the Federal Government on reversing the hike in fuel price and electricity tariff.

The government, however, through Abubakar Malami, Attorney-General of the Federation (AGF), filed an exparte application at the National Industrial Court, Abuja stopping the union from carrying out the mass action and was granted by Justice Ibrahim Galadima of the court.

But, Comrade Emmanuel Ugboaja, NLC General Secretary, in a communique, directed its members across the nation to ignore the court order and come out in large numbers to protest the increase in fuel and electricity prices.

NLC also urged all national leadership of affiliates in Abuja to mobilise no fewer than 2000 of their members to Unity Fountain, Abuja for the mass rally which takes off at 7am.

The union added that affiliates should equally mobilise the same number of members to the NLC sub-secretariat, 29, Olajuwon Street, Yaba, Lagos, which is the take-off point for the Lagos action at 7am also.

The NLC General Secretary said all presidents and general secretaries were expected to lead and identify with their members at the take-off point.