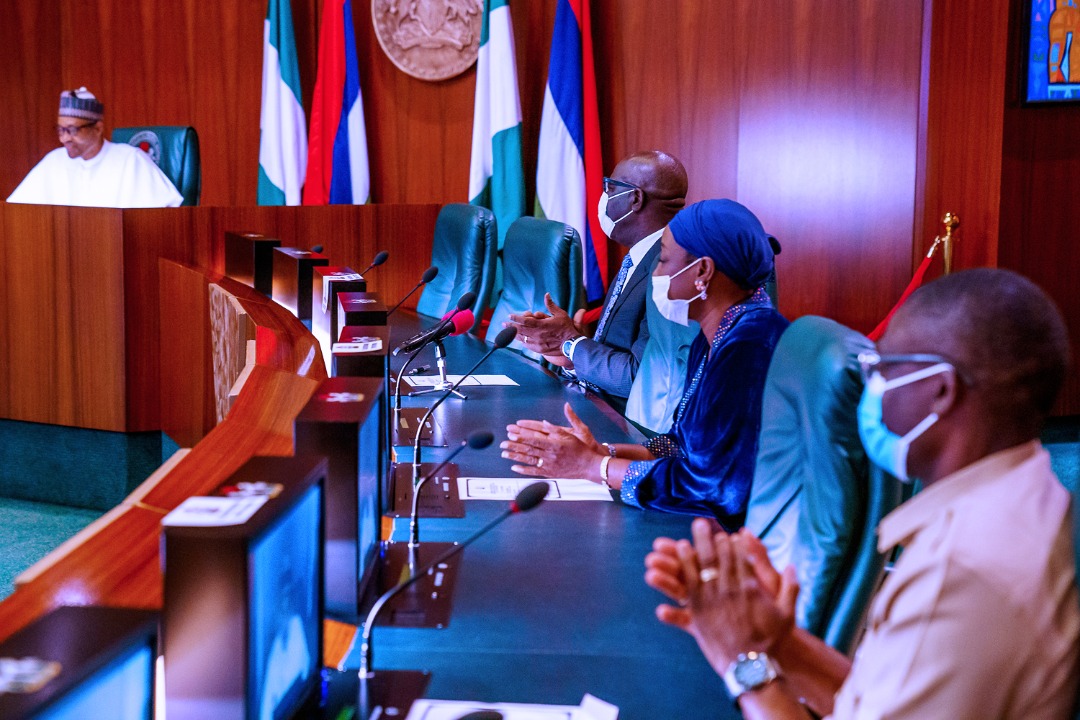 Governor Godwin Obaseki of Edo State has ruled out a possible return to the All Progressive Congress (APC) after securing his re-election victory at the recently concluded gubernatorial election under the platform of the Peoples Democratic Party (PDP).

Governor Obaseki has been on a thank you visit to some PDP governors who supported him at the polls, including Governors Ifeanyi Okowa and Nyesom Wike of Delta and Rivers State respectively.

He was, however, at the Presidential Villa on Friday, alongside Philip Shuaibu, his Deputy, to appreciate President Muhammadu Buhari for allowing a level playing ground for all contestants at the last Saturday’s gubernatorial election despite having federal might at his disposal.

“Today, I paid a courtesy visit to @MBuhari to appreciate him for his stance on a fair and peaceful governorship election in Edo State last Saturday,” the Edo Governor noted on Twitter.

“We are grateful for the President’s committment to democratic ideals, which was clearly demonstrated during the election.”

Shortly after his visit to President Buhari, Governor Obaseki told newsmen that he does not consider returning to the APC.

He said doing so will not show integrity nor demonstrate ethical or moral foundation on his part.

”Gleaning from the comments of Mr President, he said that he wants to leave a democracy that is built on integrity, accountability and hard work. Those were his words and I subscribe totally to that. It will not show integrity; it will not demonstrate somebody that has ethical or moral foundation to do what you asked about,” he said.

“I couldn’t have contested in one party, won on that party and then consider moving to another party. It is not the kind of thing to do, it’s not the right thing to do and I am sure you will not encourage me to do that.”

Responding to a question on whether he will become a godfather after his term in office, the Governor said God forbid, stating that he should be dealt with if seen carrying out such act, for it is “dangerous to democracy”.

”In the case of godfathers in our politics, I have said in several fora that the whole concept of godfatherism is very dangerous to our democracy. And that is why when we came into the political fray 2006/2007, the mantra then was to get rid of godfathers from our political life,” he said.

”God forbid I become a godfather, I should be dealt with accordingly because it’s dangerous to the concept of democracy.”