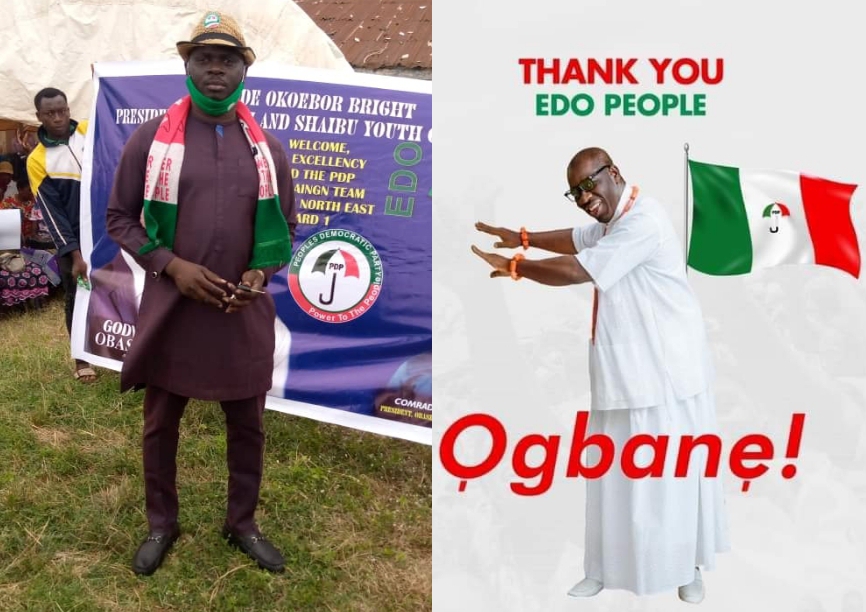 A Benin-based group, Obaseki/Shaibu Youth Movement (OSYM) has thanked the people of Edo State for demonstrating their electoral will at the just concluded governorship polls held in the state.

Speaking on behalf of the group, Bright Negbenehi Okoebor, OSYM convener, expressed gratitude to the people during a press briefing in Benin City, on Monday.

Mr. Okoebor described Godwin Obaseki’s victory as a strong statement against godfatherism and political dictatorship in the state.

Okoebor, who is also an aide to the governor, used the opportunity to thank a number of friends and political associates who worked to ensure victory for the Peoples Democratic Party (PDP) in the election.

He also thanked the people of his community for voting massively for the governor Obaseki.

He described Godwin Obaseki’s victory as the beginning of a journey to better life for the Edo people, assuring the people of maximum dividends of democracy in the governor’s second term in office.