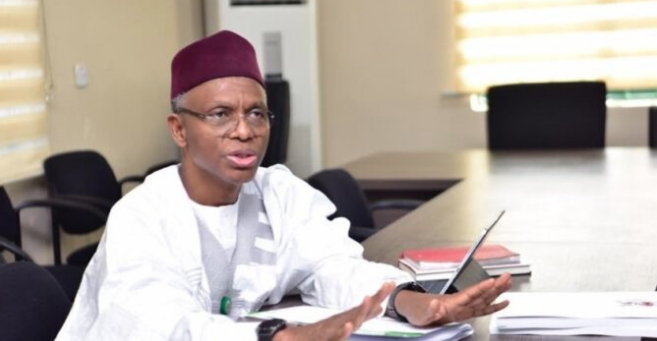 Governor Nasir El-Rufai of Kaduna says President Muhammadu Buhari does not use his federal powers to secure victory for the All Progress Congress (APC) as he claimed was a practice for past administration of the Peoples Democratic Party (PDP).

El-Rufai made this remark when he featured on Sunrise Daily, a programme on Channels Television, monitored by The Cable.

The Kaduna Governor’s statement was in reaction to the recent re-election victory of Governor Godwin Obaseki at the September 19 gubernatorial election in Edo State which many have adjudged free, fair and credible.

He said “unlike past governments”, Buhari allowed the will of the people to prevail in the election.

“We’d have loved to win. Quite frankly, I was optimistic up to three weeks ago because there was indication that we were going to win. I don’t know what happened in the last two, three weeks of the campaign. As you know, a large number of voters make up their minds in the last two weeks of election, many voters decide no matter what happens, this is how I’m voting, ” El-Rufai said.

“Three weeks ago, the polls clearly showed that APC is going to win but the results came out differently from what we expected. There was very little violence or none at all. So, Obaseki has won, that’s it.

“One thing that President Muhammadu Buhari’s government has always done is to say that there must be free and fair elections and the people’s choice must prevail. The president has never used what is called federal might that other governments have used in the past to steal elections. We always insist that everyone should go and pitch to the people and may the best man win and we can live with it.”

Commenting further, El-Rufai said the state government would not allow the COVID-19 pandemic deter it from pursuing the development of Kaduna.

He said the government would take advantage of any opportunity brought by the pandemic through the ongoing fifth edition of the Kaduna Economic and Investment Summit (KADINVEST).

“In this crisis, there is opportunity. So, as a government, we’re looking at how to help small businesses like courier and ICT to do better,” he said.

“While some businesses suffered and some totally crippled, some others boomed.

“We’re putting the infrastructure, environment and incentives for businesses in Kaduna to thrive. If we cannot have a physical KADINVEST,  we can have a virtual one.

“We don’t want the sad experiences of 2020 to remove our focus on what’s important because this pandemic will pass and live will go on.”