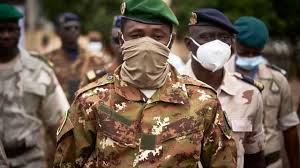 Ba N’Daou, Mali’s former defence minister, has been named as the president of the country’s new transition government.

This was announced on Mali’s state television on Monday.

The new president, according to a plan backed by the military government, is meant to lead the country for several months before staging elections and returning the West African state to civilian rule.

Last week, West African leaders insisted the interim president be a civilian, while signalling they would accept a soldier as vice president.

N’Daou and Goita were appointed by a group electors chosen by the military government.