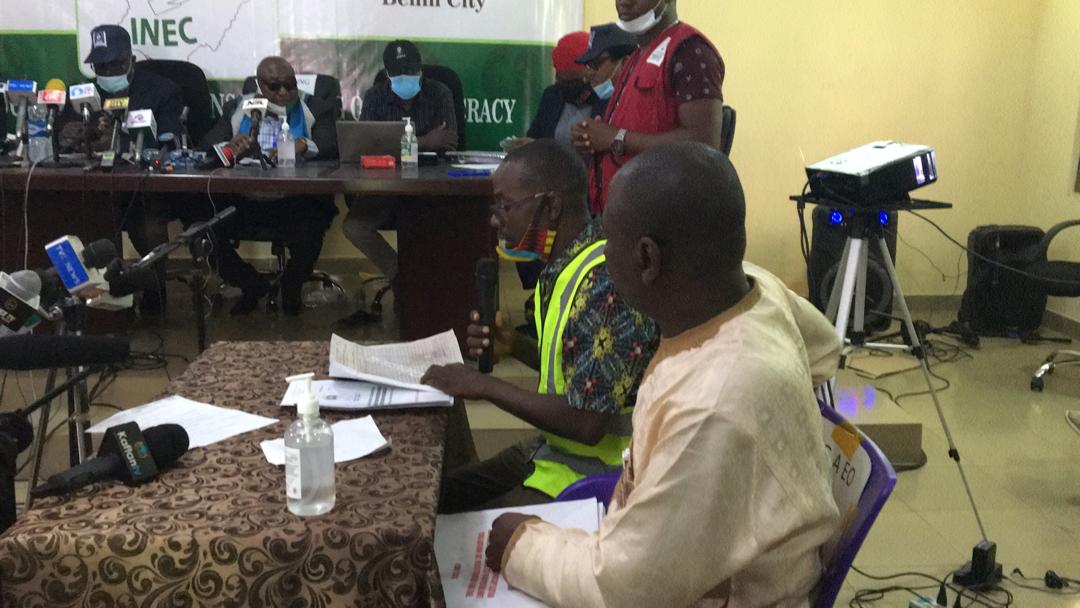 A staff of the Independent National Electoral Commission (INEC) was shot by suspected thugs during the governorship election in Edo State.

The unnamed INEC official was said to be hospitalised and in critical condition arising from the gunshot on Saturday.

This was confirmed on Sunday by Prof. Godswill Alan Lukman, the Collation Officer in Etsako Central Local Government Area where the incident occurred.

Prof. Lukman explained that the incident occurred due to violence at the venue of the election, adding that another ad-hoc official was cut in the face.

According to him, the suspected hoodlums stormed the venue and disrupted the exercise, forcing the electorate who have come to vote to run to safety.

The incident, the collation officer explained, led to the cancellation of the polls at the polling area.