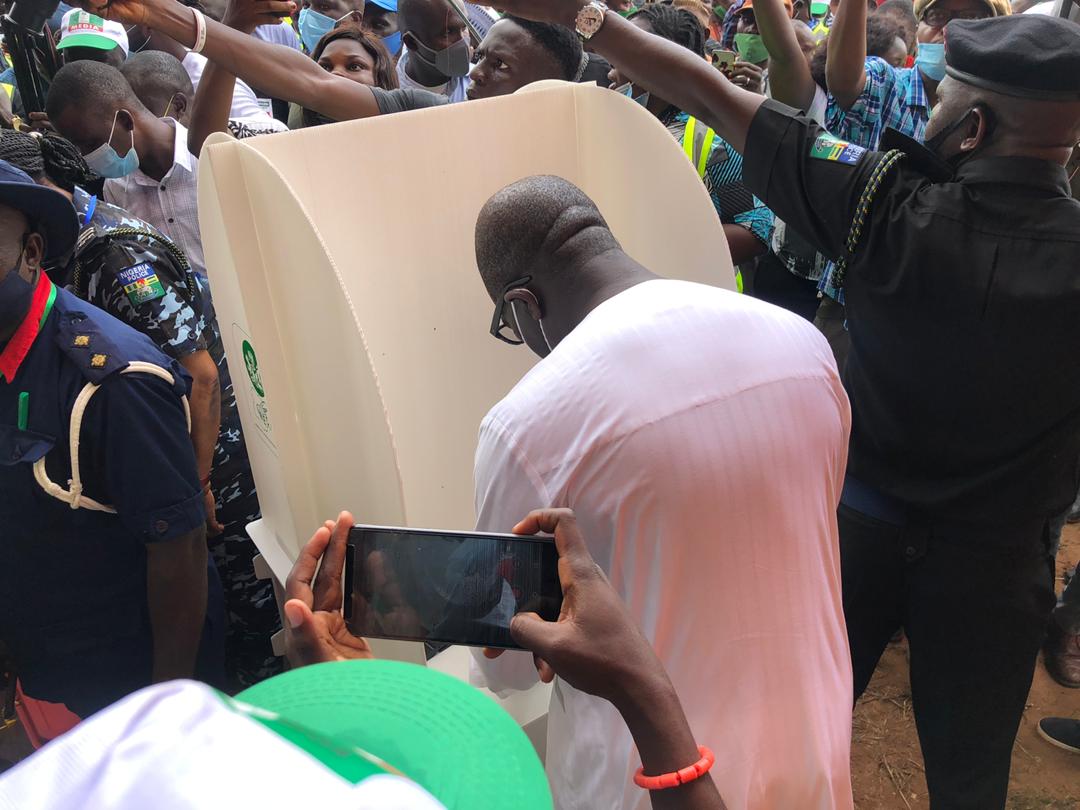 Godwin Obaseki, Edo State Governor and candidate of the Peoples Democratic Party (PDP) has expressed his displeasure over preparations by the Independent National Electoral Commission (INEC) for the ongoing governorship election in the state.

Governor Obaseki had cast his vote at 11:48am at polling unit 19, ward 4, Oredo local government area of the state after joining the queue at 10:24am.

Speaking to newsmen after exercising his franchise, the PDP candidate said he expected INEC to have prepared better for the exercise, given that it was a sole election being conducted by the electoral umpire.

“I expected that INEC would have prepared better for this election,” he said.

“I waited for one and half hours on the queue before exercising my franchise, it’s a beat disappointing.

“Giving that this is a sole day election, I expected a better planning for this election. Card readers were very slow and that’s the situation everywhere.”

Commenting on his Twitter handle on Saturday, Governor Obaseki, however, condemned the security agencies who, he says were not acting as they had assured prior to the election.

He also express worry over malfunctioning of the smart card readers at the polls.

“The security agencies are also not doing what they assured they would,” he noted.