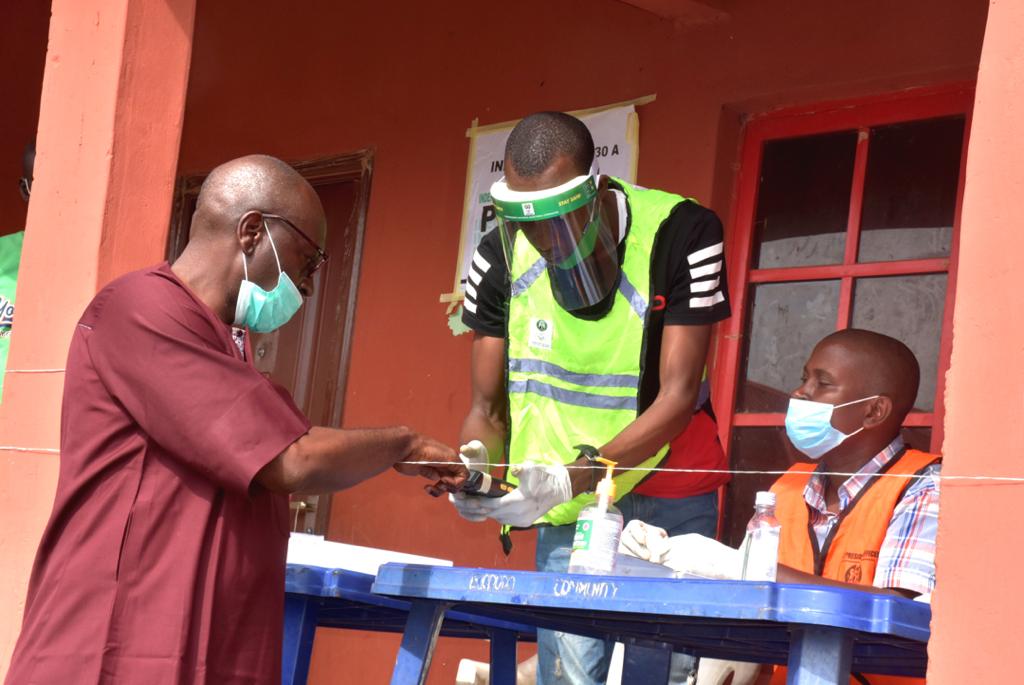 Pastor Osagie Ize-Iyamu, candidate of the All Progressive Congress (APC) in the ongoing governorship in Edo State has said he will monitor the polls from Benin City, the state capital due to poor network service in his hometown.

Ize-Iyamu said this on Saturday while fielding questions from newsmen after casting his ballot at polling unit 026, ward 5 Iguododo, Orhionmwon local government area of the state.

He, however, expressed satisfaction with the conduct of the polls.

“As you can see, I just went through the process of voting, my temperature was checked and the card reader worked successfully for me,” he said.

“We encourage our people to come out in batches so they can strictly adhere to the COVID-19 protocols.

“The voting across the state is going on smoothly and I’m impressed with INEC’s conduct. After speaking with you, I’ll be heading back to Benin, the state capital to monitor the election as network reception in my town is poor.

“I’m confident I’ll be victorious at the end of the exercise if the election process goes on smoothly as it’s been seen here in my town.”

“I expected that INEC would have prepared better for this election,” he said.

“I waited for one and half hours on the queue before exercising my franchise, it’s a beat disappointing.

“Giving that this is a sole day election, I expected a better planning for this election. Card readers were very slow and that’s the situation everywhere.”