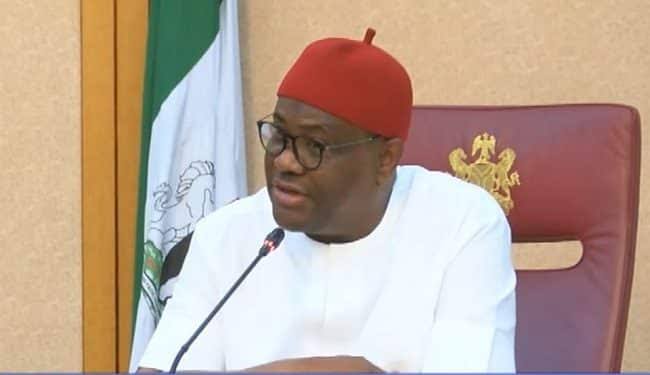 Governor Nyesom Wike of Rivers State says the All Progressive Congress (APC) will be defeated at Saturday governorship election in Edo State if political thugs are not deployed by the ruling party to disrupt the election process.

Wike said if the police fufil its promise of providing adequate security and preventing any disruption of the election process, the APC would be beaten at the polls in a “silly” manner.

The Rivers Governor stated this during an interview on African Independent Television (AIT) monitored by The Cable on Thursday.

“The IG has said they will not give room to any thugs, to any miscreants, and it is our prayer that is done. If that is done, APC will be beaten silly in this election. If what IG said is carried out, you will see that APC will not near – the only hope they have is to manipulate the security agencies,” he said.

“Remember what happened in my case and if you take the case of Rivers state, it was very clear, and the way I see APC going, the desperation is so much and the only hope APC has today is to use security agents, is to manipulate the process.

“Our own business is to let our people know, if you know the police are [compromised], we will not allow it. We want to believe in them but however, don’t slip, don’t slip, make sure you follow them bumper to bumper.

“Make sure you monitor what is happening. Let one policeman tell you that after they have declared results in this unit, that you cannot as an agent, follow that result to the collation centre. That is not correct.

“In some cases, you see security agents coming to even beat the agents of the opposition party. It is not something that anyone will come and tell me that you have assured me that nothing will happen.”

Wike further extolled Godwin Obaseki, candidate of the Peoples Democratic Party (PDP) for his numerous achievements in the state.

“Everybody knows, go to Edo, they don’t do publicity. They do their thing quietly. It may be different from ours,” he said.