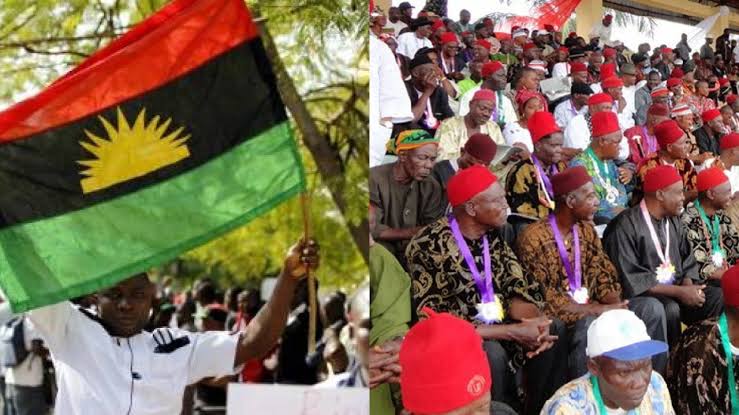 The Indigenous People of Biafra (IPOB) has accused South East governors and Ohanaeze Ndigbo, the Apex Igbo socio-cultural group, of conniving with the Federal Government for its proscription.

The pro-biafra group says the Igbo leaders will regret their actions, stating that it is the greatest mistake they have all made.

It added that they have, by their actions, opened the region to constant attacks and humiliation by alleged terrorists, herdsmen, and bandits.

This was contained in a statement by Emma Powerful, IPOB Media and Publicity Secretary, on Wednesday.

“Conniving with the enemies to get rid of IPOB, which is the only defence line of Biafra nation, is the greatest mistake made by the South-East governors, Ohaneze Ndigbo and some self-acclaimed Igbo political leaders, the statement partly read.

“It is a constant reminder of the Igbo adage that says ‘when you kill your hero in an internal squabble, during an external fight you must remember him’.

“The reward of treachery is shame and eternal regret. By conniving with the enemies to get rid of IPOB that is the only defence line of Biafra nation, they have opened our land to constant attack and humiliation.”