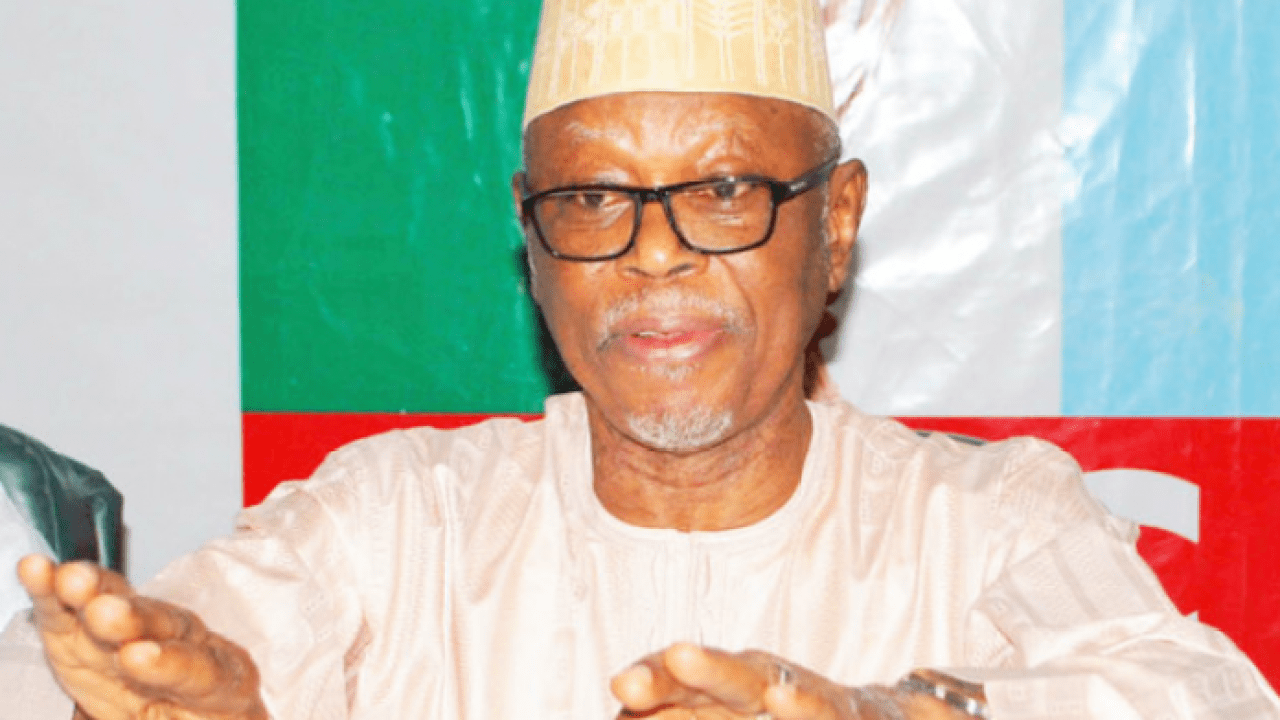 While the Edo State governorship election is just three days away, Chief John Odigie-Oyegun, a former chairman of the All Progressive Congress (APC), has maintained his decision not to support Pastor Osagie Ize-Iyamu, the APC governorship candidate in the state.

Oyegun was known to be backing Godwin Obaseki, incumbent Governor and candidate of the opposition Peoples Democratic Party (PDP) before his disqualification from the APC primary election and eventual exit from the ruling party.

The erstwhile APC chairman, in a statement issued on Monday, appeared to be taken a neutral position in the polls as he called on the people of Edo to vote their conscience.

In what he described as primitive ‘politics’, Oyegun criticised the “forced exit” of Governor Obaseki from the party, saying the governor suffered “unacceptable indignity” while standing for the people.

“My views and statements on the Edo state political situation have been consistent. I strongly advised against the mistreatment of Governor Godwin Nogheghase Obaseki by the late unlamented National Working Committee (NWC) of the APC. Governor Obaseki stood bravely for the dignity and pride of his people and in the process suffered unacceptable indignities,” he said in the statement.

“In the matter of who governs Edo State, the people are sovereign and no individual or group of people, whatever their status, can decide on their behalf.

“They should by their votes make clear that it is their right to choose their governor and nobody else’s. There is no room for fence sitters. This is a special situation and primitive loyalties should and must be set aside. Remember Mr President’s admonition in an equally challenging pre-election situation in Imo State, vote your conscience.”