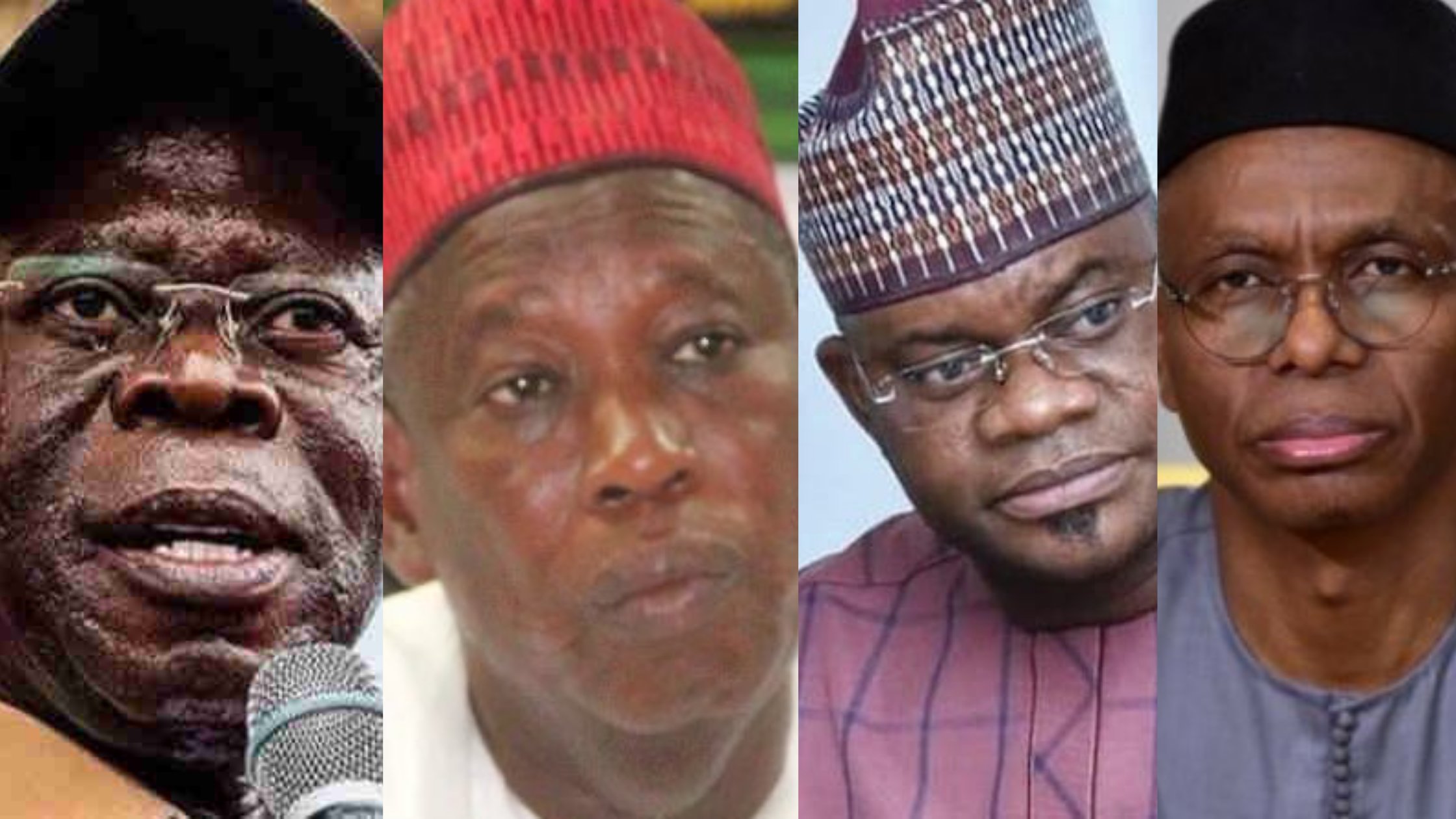 Adams Oshiomhole, immediate past national chairman of the All Progressives Congress (APC) is among top Nigerians slammed with a visa ban by the United States Government on Monday, Sahara Reporters reports.

Kano State governor, Abdullahi Ganduje, and Kogi governor, Yahaya Bello, are also among those affected by the latest US sanction, it was gathered.

Governor Nasir el-Rufai of Kaduna on the other hand had his own visa ban extended.

He has been banned from entering the US since 2010 over a graft case.

According to US officials, more Nigerian politicians may be included on the visa ban list after the Edo governorship election if they are involved in electoral malpractice.

Those affected by the latest visa ban have received notification by email and or text messages, it was learnt.

A statement by spokesperson for the Department of State, Morgan Ortagus, on Monday said those issued visa bans received the sanction for undermining democracy in Nigeria.

“In July 2019, we announced the imposition of visa restrictions on Nigerians who undermined the February and March 2019 elections. Today, the Secretary of State is imposing additional visa restrictions on individuals for their actions surrounding the November 2019 Kogi and Bayelsa states elections and in the run up to the September and October 2020 Edo and Ondo states elections,” the statement reads.

“These individuals have so far operated with impunity at the expense of the Nigerian people and have undermined democratic principles.

“The Department of State emphasises that the actions announced today are specific to certain individuals and not directed at the Nigerian people. This decision reflects the Department of State’s commitment to working with the Nigerian Government to realise its expressed commitment to end corruption and strengthen democracy, accountability, and respect for human rights.”