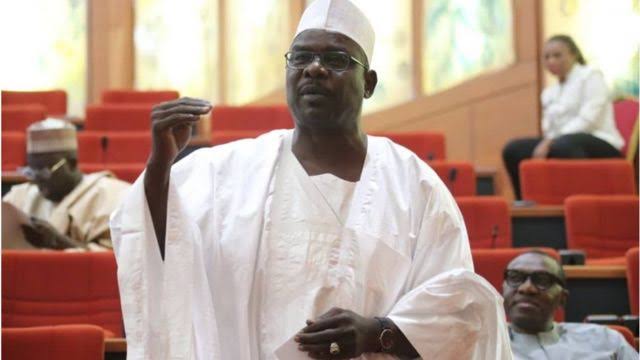 Ali Ndume, lawmaker representing Borno South at the National Assembly, has once again kicked against the Federal Government’s Operation Safe Corridor programme which aims to deradicalise, rehabilitate and re-integrate repentant Boko Haram terrorists into the society.

Speaking to newsmen at the weekend, Senator Ndume, who also is the Chairman, Senate Committee on Army at the Upper Chamber, argued the government was wrong in executing such policy when the war against the insurgents were far from over, adding that it is a global best practice.

He said granting amnesty to the erstwhile terrorists without a public apology from them to victims of their criminal act and to the state would not engender the desired peace in the nation.

“Majority of Nigerians are against the way that the Operation Safe Corridor is being conducted. It is wrong to be granting amnesty to repentant terrorists when the war is still far from being over. The war must be over before we start doing that. The military could open up the corridor, allow everybody to enter and start profiling them and keep them somewhere as prisoners of war and train them. After the war, they could be reconciled with the victims of their unfortunate actions,” said the Borno lawmaker.

“That is what is being done all over the world. The current arrangement where the repentant insurgents are granted amnesty without apologising to the victims and the state, cannot bring about the required peace.

“Just last week, over 1,000 Kawuri people, along the Maiduguri-Bama Road, about 40 kilometres away from Maiduguri, returned to their town. Kawuri was where the insurgents massacred 85 people in one day sometime in February 2014.

“I was at Ngwoche with the governor and preparations were at the final stage to return the displaced persons on October 15. The government is also making efforts to return the people of four other communities at the various IDP camps by the end of the year.

“We call on the federal and state government to provide the people with farm implements, fertilizers and other agricultural extension services for them to engage in dry season farming because they have missed the raining season now.

“Apart from this, the soldiers are also engaged in civil activities. Some soldiers with a diploma and degree certificates are now teaching school children whose parents have returned to some of the affected communities. They even hired 50 volunteers, who they are paying about N30, 000 per month from their salaries and allowances, to teach in some schools also.”