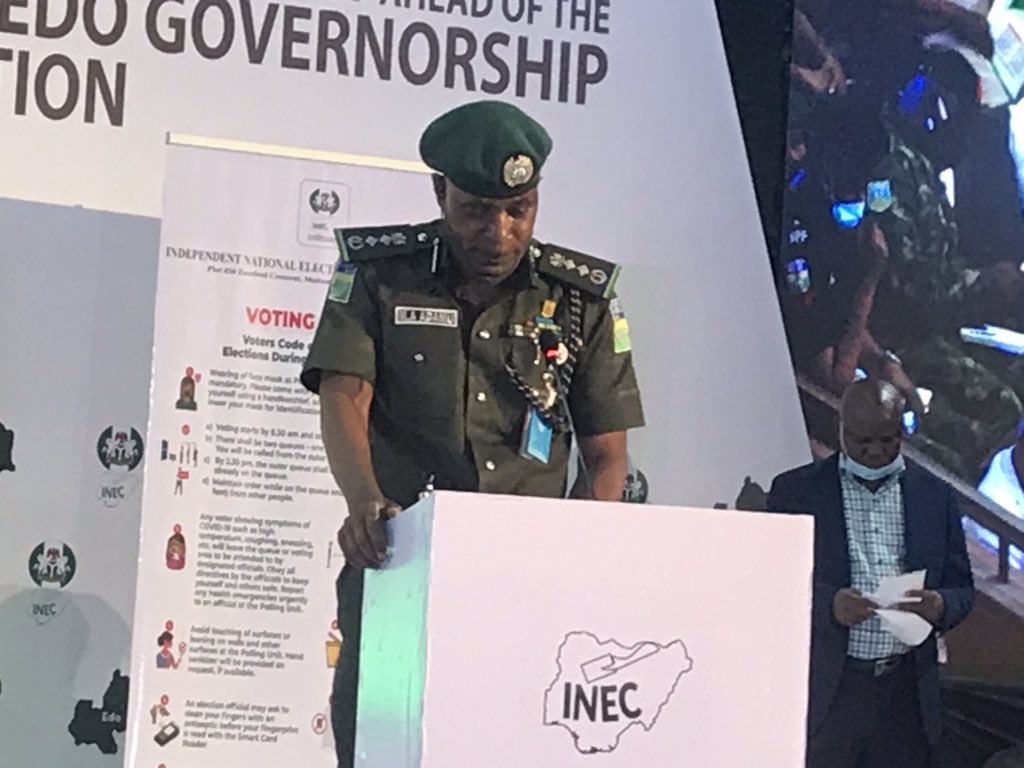 As the people of Edo State gear up for the governorship election scheduled for Saturday September 19, Mohammed Adamu, the Inspector General of Police (IGP), has warned politicians planning to perpetrate violence in the state to be ready for the consequence.

The IGP vowed that the force will deal decisively with anyone found culpable in acts constituting violence at the polls.

Adamu stated this at the stakeholders meeting organised by the Independent National Electoral Commission (INEC) on Monday.

“The message here is clear. For the political actors and electorates that are law abiding, they are fully assured of optimal security as they exercise their electoral rights,” he said.

“However, for the deviants who despite all wise counsels are determined to deploy violence and other illegal means to advance their political interests, they should be prepared for the consequences of their actions as they will be decisively dealt with irrespective of their status or political affiliation.

“I call on all the political parties to embrace the virtues of democracy by seeing elections as a call to service by the people and not ‘a-do or die’ affair,

“I as well implore parents and guardians to counsel their children and wards to resist the unprofitable urge of being recruited by any politician for thuggery and other acts of violence.”

Adamu further added that operational framework has been emplaced to engender effective coordination between INEC, the force and personnel of other security agencies towards guaranteeing a peaceful and credible electoral process in the state.