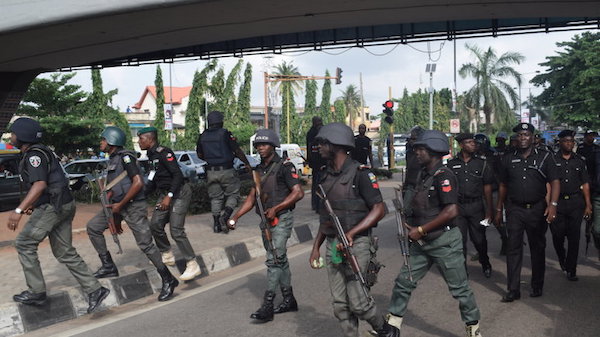 At least 1,000 police officers from Lagos State have been deployed by the state Police Command to complement other security personnel in Edo State for Saturday’s governorship election in the state.

Olumuyiwa Adejobi, who confirmed this in a statement, said Hakeem Odumosu, the state’s Commissioner of Police, charged the officers to be of good conduct and exhibit professionalism in discharging their duties during the election.

“He further reiterated the commitment of the IGP to sustain the core values of democracy in Nigeria via fair, free, and credible elections,” Adejobi added in the statement.

“The CP said adequate incentives and welfare packages as approved by the IGP had been provided to encourage and boost the morale of the officers detailed for the special duty.

“He enjoined the officers to protect themselves and avoid any acts capable of denting the image of the Force and truncating the peaceful conduct of the election in Edo State.”