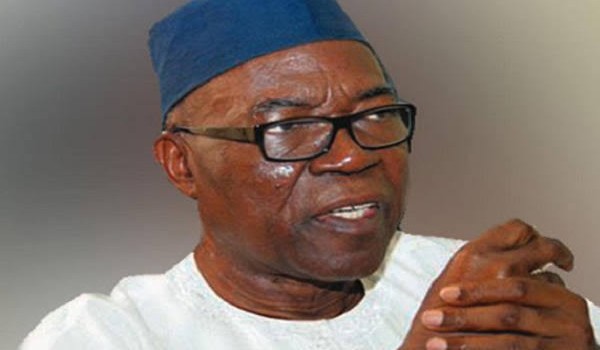 Some leaders of the North-Central region have quit their membership of the Arewa Consultative Forum (ACF) and launched its own forum named North-Central Peoples Forum (NCPF).

The leaders cited, among other concerns, issues of security threats in the region as reasons for the formation of the new forum.

The new regional group was launched in Abuja on Wednesday and Jerry Useni, a former minister and senator, was named as its chairman of the board of trustees while Gabriel Aduku, former minister of state for health, was appointed as the interim chairman.

Other prominent leaders from North-Central that formed the group include a former Deputy Senate President, Ibrahim Mantu; a former Military Administrator of Kwara State, Col. David Bamigboye (retd.); and a former deputy chief of staff to the President, Chief Olusola Akomode.

Useni who spoke to journalists at the event, said the newly-formed NCPF would ensure the people of Benue, Kogi, Kwara, Nasarawa, Niger, Plateau and the Federal Capital Territory were united in their pursuit of peace and stability within the zone.

“It is in the light of the foregoing that it becomes imperative and pertinent for us as a zone to rise to the challenges and launch our own geopolitical platform from where we can draw the attention of relevant authorities on the need to address various socio-economic, political and securities challenges ravaging our zone,” he said.

“Those of you who are present here today should consider yourself as the voice and true representative of your people whom they have known to have at one time or the other represented them fully at various level.

“Therefore, no sacrifice will be too much on our side to give the people of the zone the peace and development they desire from us as their leaders.

“We will support and cooperate fully with the federal government for full and complete implementation of infrastructures, development projects situated in the zone and the involvement of the people of the zone in the national affairs of the country.”

However, it should be noted that Audu Ogbeh, a former Minister of Agriculture, is the current leader of the ACF and also hails from the North-Central region.