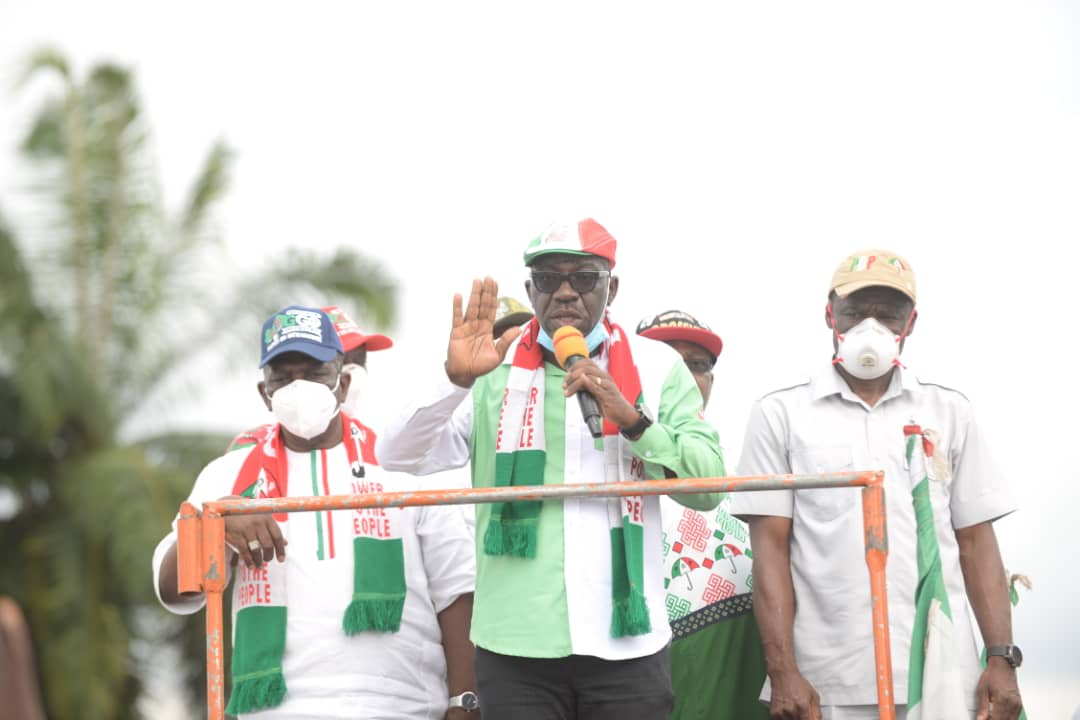 Governor Godwin Obaseki of Edo State and candidate of the People Democratic Party (PDP) has alleged that the ruling All Progressive Congress (APC) leaders and Pastor Osagie Ize-Iyamu, its governorship candidate, are inciting political tension as a tactic to postpone the upcoming September 19 gubernatorial election in the state.

Governor Obaseki made this assertion through Crusoe Osagie, his Media Aide, in a statement on Sunday, noting that the PDP is, however, committed to enduring peace before, during and after the poll.

“Edo State is peaceful, the Peoples Democratic Party is committed to enduring peace before, during and after the poll,” said the Governor.

“The APC leaders and the governorship candidate, Osagie Ize-Iyamu, are agitated because they are not ready for the election. They are convinced that they do not stand any chance in the forthcoming election.

“They are behaving like some unserious and misguided university students, who do not read, and when faced with examinations, they engage in cult fights few weeks to the examination, so that the school authority will shift the examination.”

Governor Obaseki, according to the statement, further urged the APC candidate and his handlers to concentrate on their campaign.