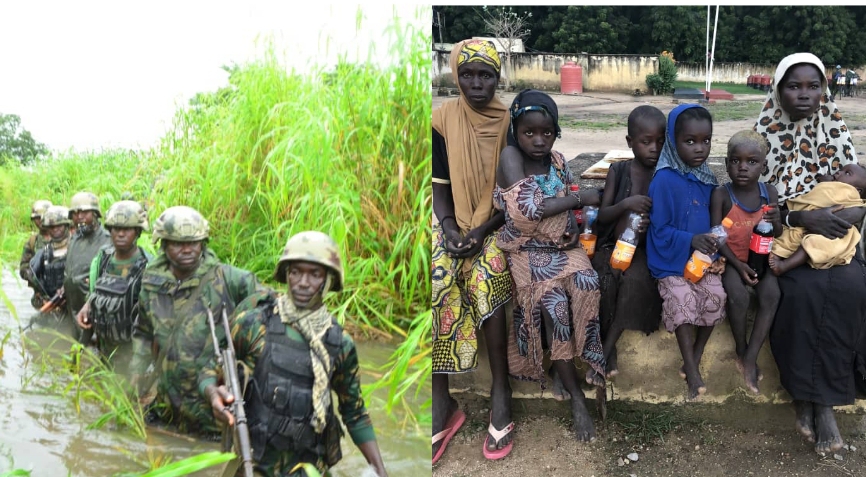 The Defence Headquarters (DHQ) has disclosed that it has rescued seven kidnapped victims and killed nine Boko Haram terrorists during its operation in Gwoza Local Government Area of Borno State.

It said the successful operation was carried out by its troops of Operation Lafiya Dole, following credible intelligence it received on the activities of the insurgents at Hamdaga Makaranta town in Gwoza.

This was made known in a statement by Major General, John Enenche, Defence Spokesperson, on Monday.

“Currently the gallant troops have dominated the area with aggressive patrols.”

According to the Defence Spokesperson, the military high command had congratulated the force for their gallantry, dexterity and courage, urging them to intensify the onslaught against the criminal elements in the North-East.