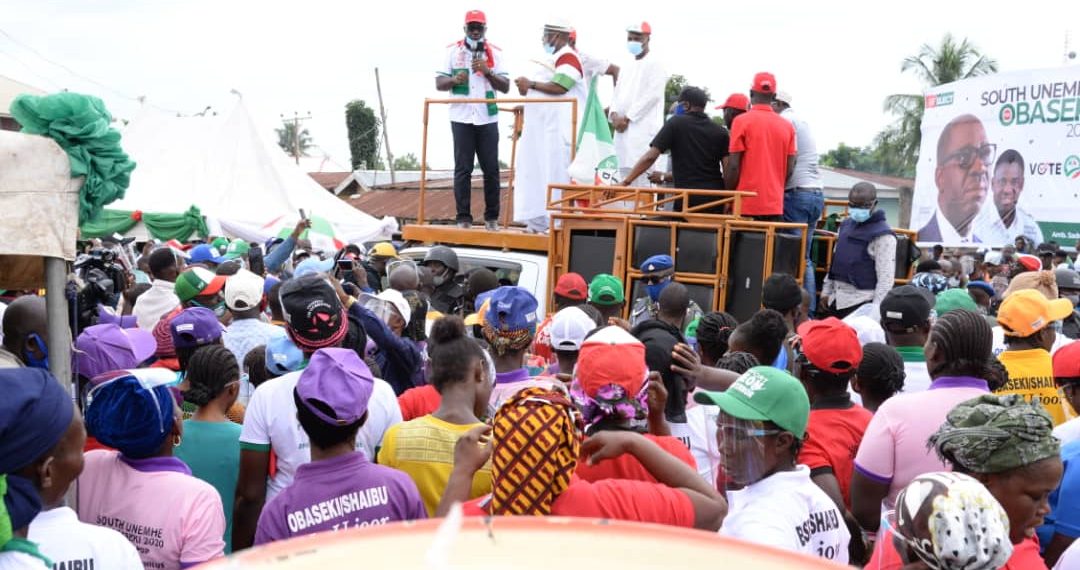 Governor Godwin Obaseki of Edo State has boasted of victory in the forthcoming governorship election in the state, stating that the election is a contest between him and Adams Oshiomhole, his predecessor.

Obaseki bragged that he will deal with Oshiomhole politically just as he claimed he did leading to the former governor being sacked from his position as national chairman of the All Progressive Congress (APC).

The Governor stated this on Saturday during the closing moments of the Peoples Democratic Party (PDP), campaigns in Oredo local government, explaining that ex-APC the national chairman’s attempt to dictate who would represent him at the state House of Assembly was the reason for their fall out.

“As a sitting governor, Oshiomhole decides to pick who will represent me in my House of Assembly,” he said.

“Can you imagine the insult? That was where this fight started.

“Because he believes, in his own mind, that Benin people are like chickens – when you throw corn, they will run after the corn.