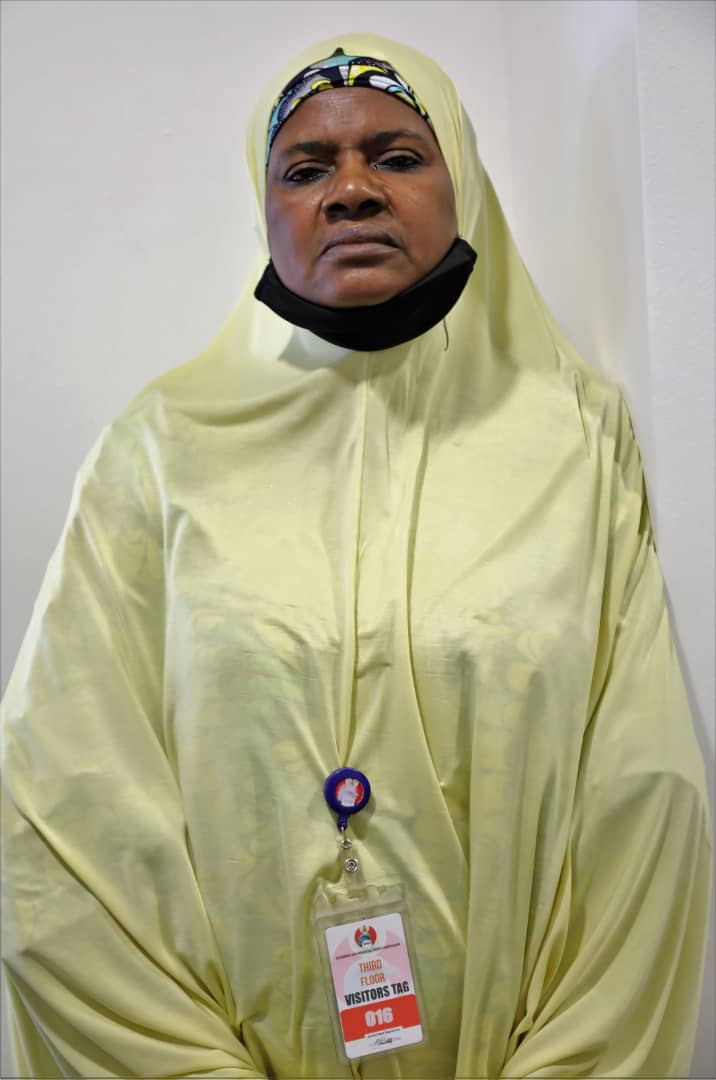 The Economic and Financial Crimes Commission (EFCC) has arrested one Hadiza Umar Abubakar for defrauding a job seeker, Nuraddeen Abubakar of N3 million.

The suspect had promised the unsuspecting job seeker of securing employment for him in the commission for N6 million.

According to a statement by the anti-graft agency on Thursday, the victim paid N3 million part payment into Hadiza’s account, while the balance was to be paid after an employment letter from the commission had been issued to him.

Nuraddeen who was expecting his employment letter from the suspected female fraudster on the 7th of November, two weeks after making the part payment got nothing, nine months after and then petitioned the commission.

“In his petition to the EFCC, the victim, who revealed that he came in contact with the suspect, through her son, stated that he had not received the promised EFCC Employment Letter from the suspect, nine months after making the part payment to her,” the commission explained in the statement.

The suspect was, however, arrested in a branch of Guaranty Trust Bank (GTB), “as she sent her son to make a transaction, unaware that the Commission has placed a Post No Debit (PND) on all her accounts”.

“The detention of her son in the bank, led her to show up and her eventual arrest by the Commission”, the statement added.

According to the EFCC, the Hadiza will be charged to court soon.