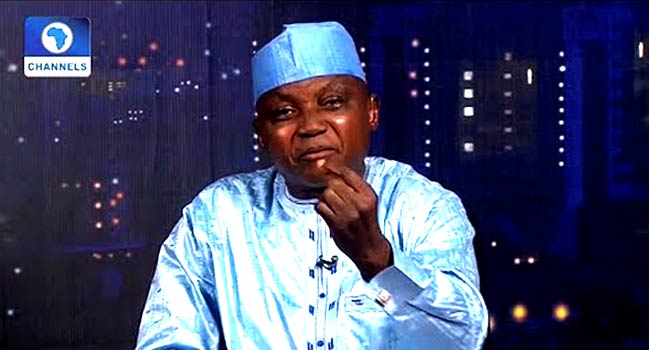 Garba Shehu, Senior Special Adviser to the President on Media and Publicity, says many states clamouring for community policing in the country do not have the financial capabilities to pay salaries of the personnel to be deployed.

Shehu made the comments when he appeared as a guest on Channels TV program, Sunrise Daily on Tuesday, in response to a question on why it took the Federal Government too long to approve the N13.3 billion sum for the take-off of community policing in the country.

Recall the President last Thursday approved the said sum, following clamour for the security initiative, to mitigate the incessant attacks and killings by criminal elements in the country.

According to Shehu, “For President Muhammadu Buhari, the concern has always been about the spread and abuse of weapons in the hands of police.

“He said repeatedly that, look, a lot of the states that had clamoured for state police, many of them are unable to cope with salary payment. If you hire a community policeman and give him a gun, and keep him for five, six months without salary, what do you expect? Efforts have been taken so that situations of this kind do not arise. So, therefore, there is a standard national procedure and prescription for each of the states to comply with.”

The Presidential Media Aide went on to say that Amotekun cannot operate outside the structures laid down by the police authorities.

“Whatever name they go by, Amotekun or whatever, they will be streamlined and they will be run in accordance with the structure as defined by the inspector-general of police,” he said.

“They will be localised, they will be owned by local communities, they will be managed by them. You know, the constitution of the committee has been defined to include council chairmen, religious leaders, traditional leaders, civil society groups and all of that.

“They can choose their own nomenclature but it doesn’t make a difference. There is a general structure for all state and local council community policing mechanisms and this should abide in the states.

“So, we are going to have a single type structure community policing across the country and whatever is not in line with this does not have a place in the new scheme of things.”