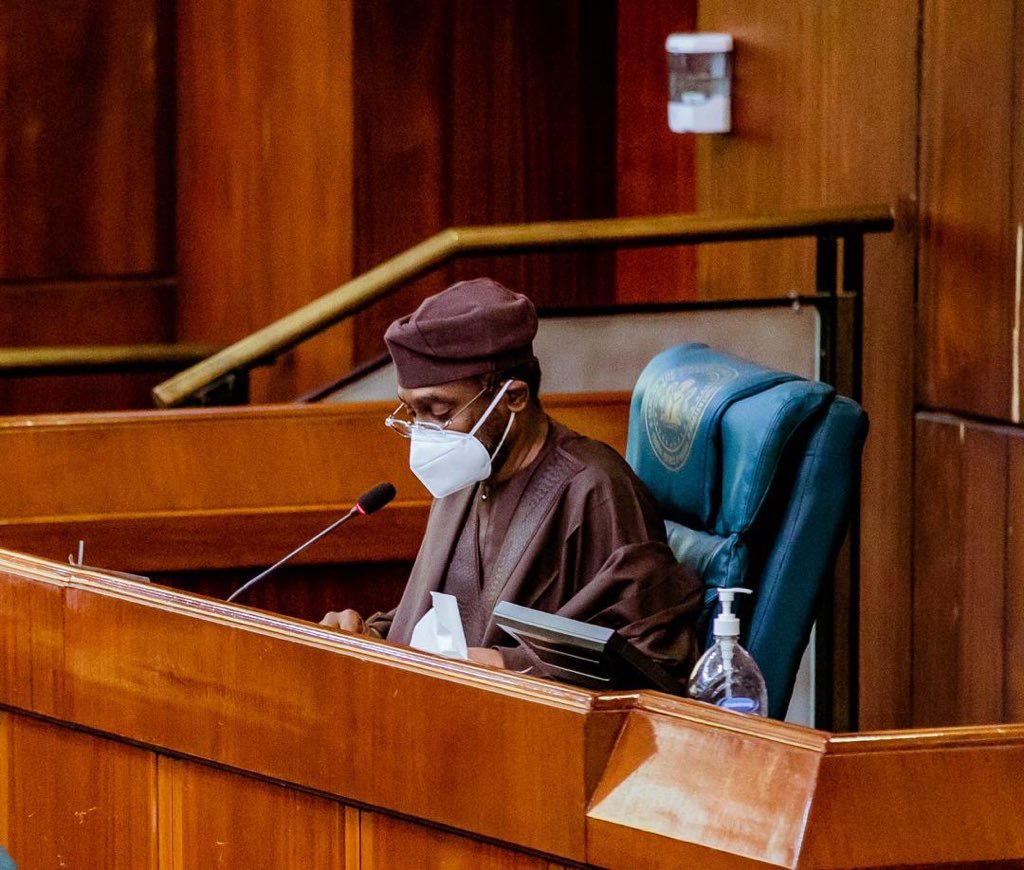 The Peoples Democratic Party (PDP) has accused Femi Gbajabiamila, Speaker House of representative, of frustrating corruption probes in the House.

This is coming days after the green chamber announced the suspension of all activities of its committees on August 19 while it embarks on its annual recess.

In a statement on Saturday, Kola Olgbondiyan, PDP spokesperson, said the decision to shut down the sitting of various committees carrying out investigations “is a deliberate design to cover the stench of corruption oozing out of the APC administration”.

“It is clear that the shutdown directive is targeted at frustrating revelations from ongoing investigations on the $500 million foreign loan from China, particularly as it relates to the mortgaging of our nation’s sovereignty to China,” said Ologbondiyan.

“This is in addition to the investigations into the humongous corruption in government agencies including the Niger Delta Development Commission (NDDC), the Nigeria Social Insurance Trust Fund (NSITF) the N300 billion unremitted revenue to the federation account as well as allegations of corruption in government earnings and the expenditure in ministries, department and agencies (MDAs) under the APC.

“It is therefore unfortunate that under the Femi Gbajabiamila-led leadership, the basic responsibility of the house of representatives, which is its oversight on the executive, has just been maimed through a forced holiday on the members of the respective committees and their chairmen.

“It is equally distressing that the APC leadership of the house of representatives is breaching parliamentary rules, practices and procedures to shield APC leaders and their cronies who have been fleecing our nation.

“Our party, therefore, holds that any parliament that deliberately frustrates its statutory responsibility to call the activities of the executive to question has lost the essence of its own existence.

“Indeed, never in our parliamentary history has committee activities been suspended or shut down on the ground of holiday or suspension of plenary.

“For us in the PDP it is shocking that the APC leadership of the House of Representatives could  by any consideration shut down, its legislative investigation, which is exclusively vested on it under sections 88 and 89 of the 1999 Constitution (as amended), on the guise of being on break. Such an action is calamitous to our democracy.

“The PDP however commends the members  of its caucus and other minorities in the National Assembly for standing against corruption and striving to ensure that the APC does not sell Nigerians into slavery with its reckless foreign borrowings.

“Our  party urges the lawmakers not to be deterred but continue in their assignments, as they are only answerable to the Nigerian people.

“The PDP therefore charges the Hon.Gbajabiamila-led APC leadership of the House of Representatives to immediately reverse itself as Nigerians expect nothing but seamless investigations without unnecessary interferences and incursions.

“If the Honoruable Speaker is inclined towards allowing the covering of corruption, against the purpose for which he was elected to lead the House, then, he should take a bow and step aside.”