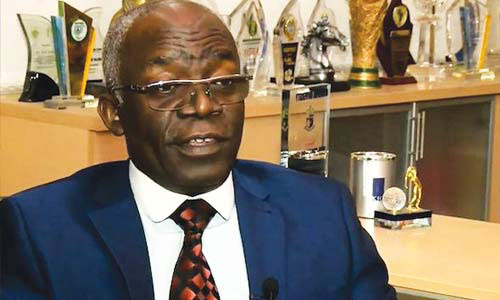 The Companies and Allied Matters Act (CAMA) 2020, is regarded as the most significant business legislation in Nigeria since 1990.

“The president’s action on this important piece of legislation, therefore, repealed and replaced the extant Companies and Allied Matters Act, 1990, introducing after 30 years, several corporate legal innovations geared toward enhancing ease of doing business in the country, Femi Adesina, special adviser to the president on media and publicity, had said about the new CAMA 2020.

But according to an information published on the website of the Social Economic Rights and Accountability Project (SERAP) on Thursday, Falana wondered how the government, whose intention on the new law was to facilitate the ease of doing business, could have come up with a 604-page business law (CAMA 2020).

“But it is not a completely new law. Registered NGOs were regulated in the past in line with the practice in all democratic societies. The only addition which is objectionable is the power conferred on the commission to take over and manage NGOs on allegations of misconduct,” the Senior advocate was quoted to have said.

“It is illegal because it is a violation of the fundamental right to freedom of association guaranteed by section 40 of the Constitution.”

Lade Bonuola, a veteran journalist who also condemned the CAMA 2020, said there were so many provisions hidden in the new law that would cause many to weep if they knew.

“If you guys know the amount of things hidden in that 604 pages of the new Companies Act, you’ll start weeping. The Corporate Affairs Commisson has just been made a monster. You see that NIPOST regulation fixing N20m as licensing fee? That is small stuff compared to what CAC will do,” BBonuola was quoted to have said.

“The sector that will be worst hit are the churches, mosques, charity organisations, schools, NGOs etc. The CAC can now arbitrarily remove and replace the “owners” or leaders of these organisations. Also, CAC can convert/take over the monies in their bank accounts.

“Every sector will be hit. In the old Act, small fees were clearly prescribed for certain things.E.g, the Act may say if you fail to do XYZ, you’ll pay N50 for each day of default.The new Act has removed all those meagre fees & gives CAC power to make regulations prescribing fees.

“Online vendors who operate under a business name other than their government names, are now risking conviction in court if they don’t register their business names with CAC.

“The most damning revelation from my review so far is that, a private organisation has been written into the new Companies Act and has been emboldened through the back door to:

“The private org is Business Recovery and Insolvency Practitioners of Nigeria (BRIPAN). S. 705(C) of the new CAMA requires that to qualify as insolvency practitioner,you must be a lawyer/accountant AND a member of BRIPAN. On BRIPAN website, membership fee ranges from N90k – N250k.

“BRIPAN is not a chartered institute (like ICAN, ICSAN, CIPM) or a statutory body. It is a private association formed by private citizens. Remember how Lagosians fought against Alpha Beta being written into the Lagos Land Use Charge Law (albeit unsuccessfuly)?

“In similar fashion, some people have successfully slipped in BRIPAN (a private organisation) into an Act of the National Assembly and the President has signed it into law. How did our law makers not see this while deliberations on the bill were ongoing?

“Another curious provision in the new CAMA is S. 851 which empowers CAC to now act as a ‘court’ or tribunal of some sort. So if CAC imposes fees on your small business, before you can go to court to challenge those fees, you must first appear before CAC panel & make your case.

“The panel is made up of guess who? Registrar General of CAC, 5 officers of CAC & someone from the Ministry of Trade & Investment, which is the Ministry overseeing the CAC. In effect, the CAC is now a Prosecutor & Judge in its own case. Goodluck if you have a case against CAC.

“One of the narratives touted by the govt regarding this new law is that, it’ll aid ease of doing business. While I agree that on face value,some sections of the law will aid this,I am simply drawing our attention to other sections which will become a clog & make things difficult.

“Another narrative is that, with this new law, you wont need a lawyer to either incorporate a business or carry out many post incorporation activities as you can do them yourself. Truth is,many lawyers will grapple with this new law. If this is so,what are your chances as a layman?”

The CAMA 2020 law has been widely condemned by mostly religious leaders, particularly Christians, because it empowers the Registrar-General of the Corporate Affairs Commission (CAC) and a supervising minister to regulate the religious bodies and charity organisations.