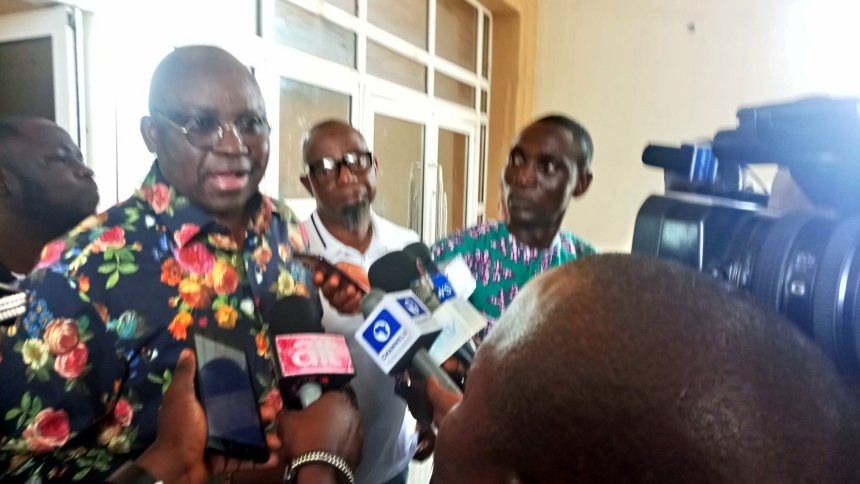 Ayodele Fayose, former Ekiti State governor, has reacted to the fine by National Broadcasting Corporation (NBC) on Nigeria Info Fm for comment made by Obadiah Mailafia, a former deputy governor of the Central Bank of Nigeria (CBN) on insecurity in the country.

MERIDIAN SPY reported Mailafia, in a radio programme of Nigeria Info on Tuesday, August 10, claimed that the commander of Boko Haram is a governor of one of the Northern states.

The NBC, in a statement issued on Thursday, accused the radio station of “unprofessional conduct” in the handling of the programme, noting that Nigeria Info FM provided its platform for the ex-deputy CBN governor to promote unverifiable and inciting views that could encourage or incite to crime and lead to public disorder”.

While placing a N5 million fine on the radio station, the broadcast regulatory agency said it would “serve as a deterrent to all other broadcast stations in Nigeria who are quick to provide platform for subversive rhetoric and the expositions of spurious and unverifiable claims, to desist from such”.

But reacting, Fayose, in a series of tweets on Friday, said it was sad that those who used the media to spread lies while seeking power are now afraid of a free press.

“Sad that those who used the media to spread all kinds of lies while seeking power are afraid of a free press now that they are in power,” said the ex-Ekiti governor.

“You don’t want Nigerians to speak against President, Governors,  Lawmakers and others who are like their servants?

“Now, it is becoming clear that the freedom we enjoyed under military govts, we can’t enjoy in a democracy.

“Unfortunately,  when some of us who saw all these coming were warning Nigerians,  the selfish ones whose only interest was to grab power turned deaf ears. Now, the consequences are on all Nigerians and it will definitely get worse.

“May God return Nigeria to the path of greatness.”