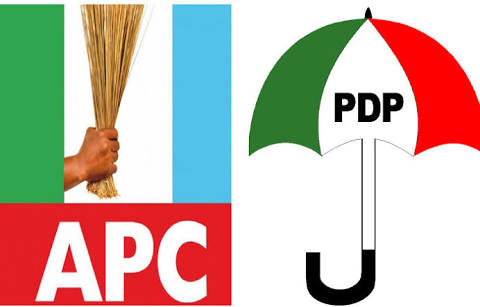 Ahead of the September governorship election in Edo State, the All Progressive Congress (APC) has advised the Peoples Democratic Party (PDP) and Godwin Obaseki, the incumbent governor of the state to emulate President Muhammadu Buhari by allowing a free and fair conduct at the polls.

This was in response to the reaction of the PDP on statement credited to the President when he met with North-East governors at the President Villa on Monday.

At the meeting, President Buhari had remarked that the APC “could have used the military and other security services to overrun opposition states in the 2019 general election but chose free, fair elections”.

He went further to say that it was the mistakes the APC made that cost it some states lost to the opposition PDP in the 2019 elections.

But reacting through its spokesperson, Kola Ologbondiyan, PDP described the President’s remark as a sad commentary, noting that Nigerians were aware that in the 2019 presidential election, “such despotic and oppressive tactics were deployed to circumvent the electoral process and the wishes of Nigerians”.

The main opposition party added that it “hopes this is not a foreplay of what the APC and Buhari Presidency is planning to exert in the Edo and Ondo governorship elections scheduled for September and October 2020 respectively”.

However, Yekini Nabena, the ruling party’s Deputy National Publicity Secretary, in a statement signed and issued on Tuesday, said President Buhari’s statement “is a solid pointer that under the current administration, the days of stolen and procured electoral mandates are fast fading”.

“President Muhammadu Buhari’s declaration that the All Progressives Congress (APC) could have used the military and other security services to overrun opposition states in the 2019 general election but chose free, fair elections is a solid pointer that under the current administration, the days of stolen and procured electoral mandates are fast fading,” said Nabena in the statement.

“Critical state institutions such as the Judiciary, INEC, security services have been the ultimate beneficiaries of the President’s impartiality and non-interference.

“We must all support the independence of our state institutions to deepen our democracy and improve our electioneering system.

“Ahead of the Edo State Governorship election, the PDP candidate, Governor Godwin Obaseki continually spins puerile conspiracies on the role of ‘federal might’, while using his so called “Obaseki Boys” and state apparatus under his control to harass the State House of Assembly and APC members in the state.

“On his part, Governor Nyesom Wike as head of the PDP campaign council threatens violence.

“While we understand the panic and distress in the camp of the PDP and Governor Obaseki following the massive and widespread support given by the Edo electorate to the APC Governorship candidate, Pastor Osagie Ize-Iyamu, the APC invites the PDP to join us in issue-based campaigns and at least attempt to sell to the Edo electorate the merit of their candidate, if any.

“We call on partisans, particularly the PDP to purge themselves of their agelong undemocratic habits of election rigging, vote buying, violence, abuse of state institutions for political ends and address themselves to new realities that under the President Buhari-led APC administration, power now belongs to the people and during elections, votes count.”