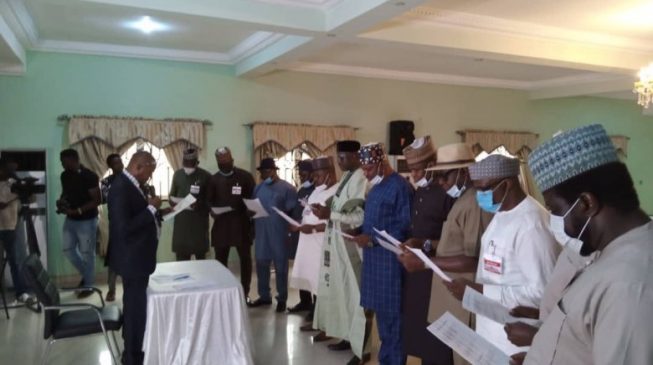 The 17 lawmakers of the Edo State House of Assembly opposed to Governor Godwin Obaseki has vowed to hold their legislative sitting on Wednesday, 12 August, Vanguard reports.

They have the backing of the Attorney-General of the Federation (AGF), Abubakar Malami, who has asked the Inspector General of Police, IGP, Mohammed Adamu, to provide security for them.

Meanwhile, Malami came under attack yesterday, from the Peoples Democratic Party (PDP) which accused him of meddlesomeness in the Edo House crisis.

The AGF, acting on a petition by their lawyer, had, in a memo dated August 5, 2020, requested the Inspector General of Police to “kindly provide adequate security measures for the inauguration of the assembly members and the subsequent sittings at the Edo State House of Assembly.”