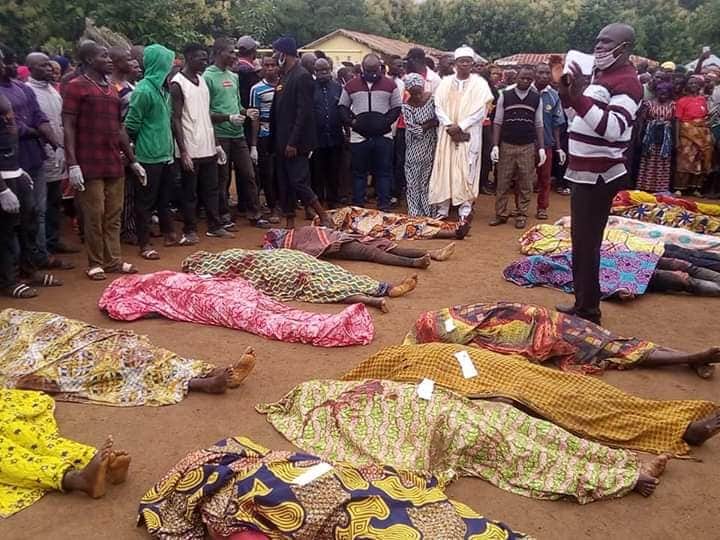 The Southern Kaduna Peoples Union (SOKAPU) has accused security operatives deployed to secure communities in Southern Kaduna of providing security for their attackers suspected to be Fulani militia.

Jonathan Asake, SOKAPU President, told Sahara Reporters the bandits were given unfettered access to traverse the communities to unleash terror on residents despite the 24-hour curfew put in place.

Asake described the attacks as ‘conspiracy theory’ between the Fulani militia, Kaduna State and Nigerian governments to wipe out and eliminate their people from their land.

He faulted the attitude of security operatives towards the intelligence report given to them prior to the attacks by bandits during the Sallah break.

“There was an intelligence report that was widely circulated, that they were going to strike after Sallah break. The members representing those areas in the National Assembly had a press conference where they raised this fear but government did not do anything,” said the SOKAPU President.

“Infact the governor came out and insulted the sensibility of Southern Kaduna people by calling our representatives ‘irresponsible’.

Asake who is a former lawmaker, explained that the locals knew and recognised many of the attackers by names but the security operatives have refused to arrest or prosecute them.

He condemned the arrest of some youths from Kibori Village by security agents on June 26, who went to their farms to get food for their families.

He also chided the state Governor, Nasir el-Rufai for calling on residents living close to River Kaduna and other flood-prone areas to temporarily relocate to safer areas without providing alternative accommodation.

“It is the responsibility of the government at this time of disaster to provide alternative places and support for people to be able to live their life until this crisis is over,” he added.