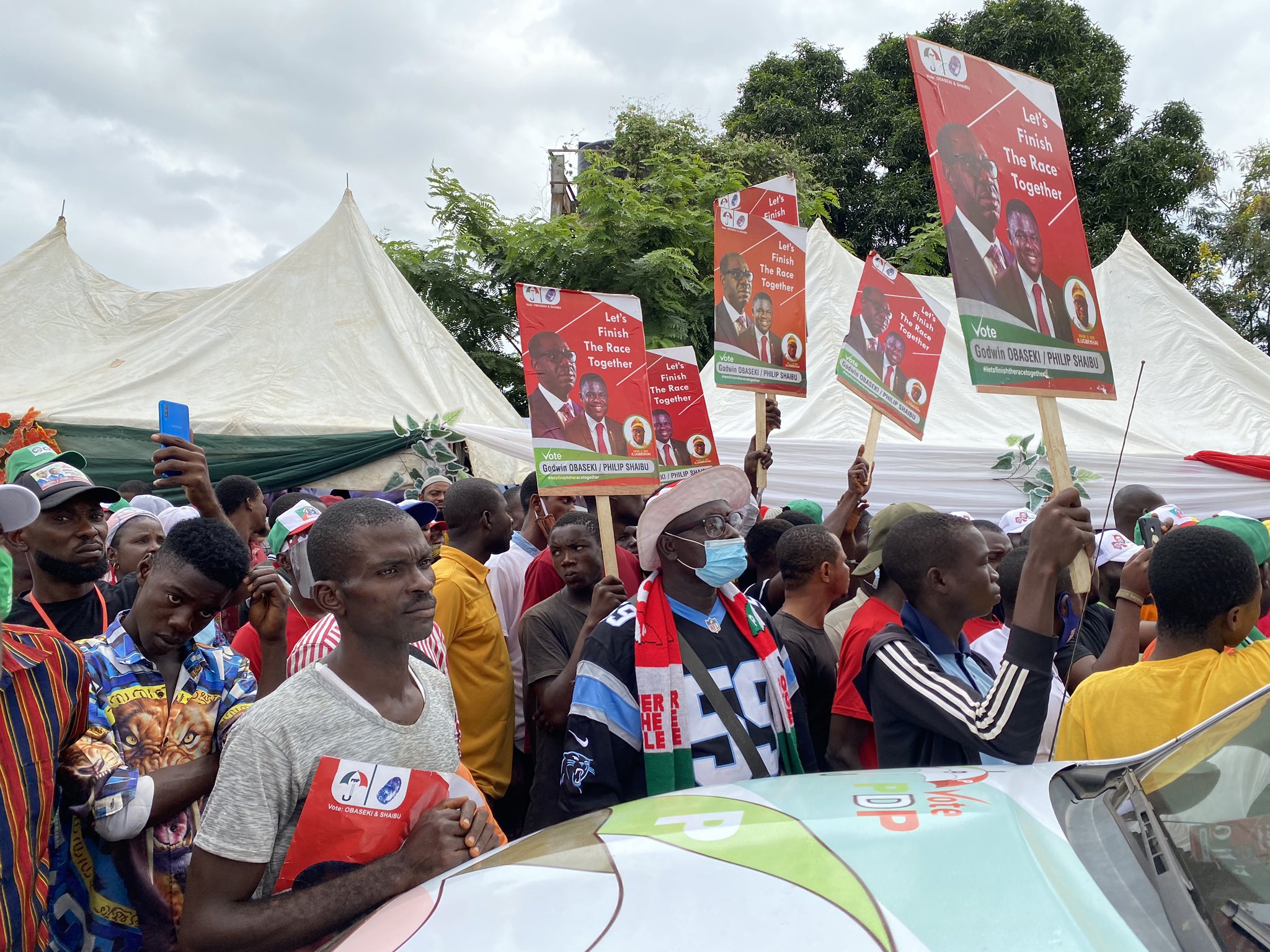 The Peoples Democratic Party (PDP) National Campaign Council for Edo Governorship election has alleged plots by the ruling All Progressive Congress (APC) and its ex-national chairman, Adams Oshiomhole, to procure extra result sheets, with intent on rigging the September 19 poll in the state.

The party said it has been made aware of how Adams Oshiomhole and “certain corrupt APC leaders” have been threatening and mounting pressure on Yakubu Mahmood, the chairman of the Independent National Electoral Commission (INEC) and other officials of the commission, “to secretly provide them with ballot papers and form EC8 election results sheet to facilitate their plans for ballot stuffing and writing of election results”.

This was contained in a statement by signed by PDP spokesperson, Kola Ologbondiyan on Friday.

The statement further reads: “We have further information that the APC and its candidate have marked Edo North senatorial district, as where the extra ballot papers and result sheets would be pushed to APC thugs, including those to be brought in from neighboring Kogi state, to doctor election results for Ize-Iyamu.

“Already, a base has been established in a neighboring town of Kogi State which will be used to serve for operations in their callous plots.

“Edo North has a borderline with Kogi, a state where unimaginable electoral violence, including burning a woman alive, was perpetrated by the APC in their desperation for electoral manipulation.

“The APC plot for the Edo election is reminiscent of last year’s governorship election in Kogi State where different election results sheets found their way to INEC collation centre where they were admitted and declared.

“The PDP campaign has information of how two APC governors from the South East and North Central respectively, are spearheading the plan and have also agreed to fund it.

“Our campaign invites Nigerians to note that this is the reason the APC candidate, Osagie Ize-Iyamu, is not campaigning but rather mobilizing his group of thugs, cultists and hoodlums, (lions and tigers) as seen in the viral video, to storm polling units to unleash violence on voters, knowing that there is no way he can win in the election.

“The PDP campaign is already aware of the plots to use the cultists and thugs (lions and tigers) to convey the illegal ballot papers, result sheets as well as dangerous weapons and charms to various polling units to as well as provide illegal cover for APC agents to doctor results.

“Nigerians can now see why Oshiomhole described Ize-Iyamu as a fake pastor. Of course as the saying goes, “show me your friends and I will tell you who you are”.

“We believe INEC and security forces have taken note of the direct criminal affront of the law by Ize-Iyamu, in openly directing his cultists and thugs to barefacedly flout election movement restriction order, and move from one polling unit to the other to execute their devilish plots.

“Nigerians should also take note of this reckless plot for chaos on election day by Ize-Iyamu, who is plotting to import violence, unleash bloodletting and derail the state because he has been rejected by the people.

“We do not want to believe that our security agencies, who are paid to protect lives and property and to ensure credible and peaceful processes on election day have abandoned such onerous responsibility to political vagabonds in the APC to reenact such irresponsible acts as had taken place in the Kano, Osun, Kogi and Imo elections.

“Consequently, the PDP national campaign calls on the Inspector General of Police to stand up to the expectation of Nigerians by immediately inviting Ize-Iyamu to explain his directive to the cultists as well as arrest all the hoodlums shown in the video to forestall their plot of unleashing terror on the people of Edo state.”