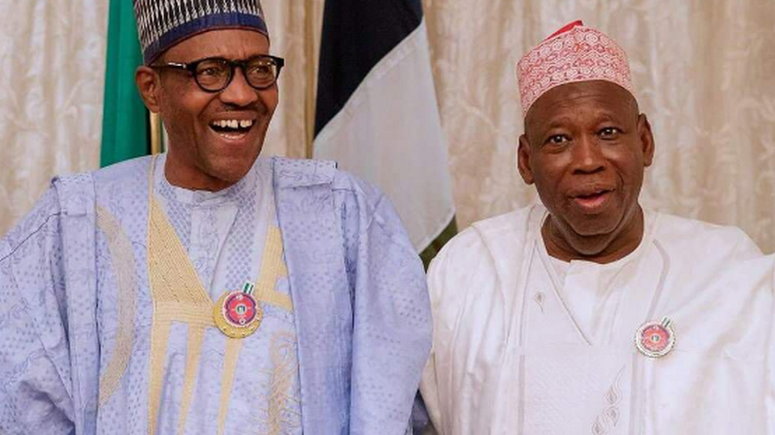 Kano State Governor, Abdullahi Umar Ganduje has clarified that President Buhari gave his consent for the lockdown in the state to be relaxed despite the exponential rise in the number of confirmed coronavirus cases.

President  Muhammadu Buhari had in his last nationwide broadcast on Monday April 27 declared a total lockdown of northern Nigeria’s most populous city, Kano due to the spike in the number of cases of the virus.

But on Saturday, Ganduje announced that there would be free movement in the state between 10am and 4pm on Mondays and Thursdays. He said all the major markets in the state would remain closed, except Ya’nkaba and Ya’nlemo markets where vegetables and fruits are sold, Africa News reports.

The announcement was followed by widespread outrage by Nigerians on social media but the state Ministry of Health via its Twitter handle, clarified that the decision to partially relax the lockdown was not without the consent of the President.

The tweet read: “Press Statement!!! @KanostateNg relaxes #lockdown on Mondays & Thursdays from 10:00am – 4:00pm with the consent of the President.

“@MBuhari . General public are to adhere strictly to #COVID19Kano protocols as given by the health professionals.”

The Nigeria Centre for Disease Control, NCDC announced that 220 new cases of #COVID19 were recorded in the country. However, only two cases were confirmed in Kano.

Nigeria now has a total of 2,388 confirmed cases of #COVID19 while total discharged and deaths recorded are 385 and 85 respectively.