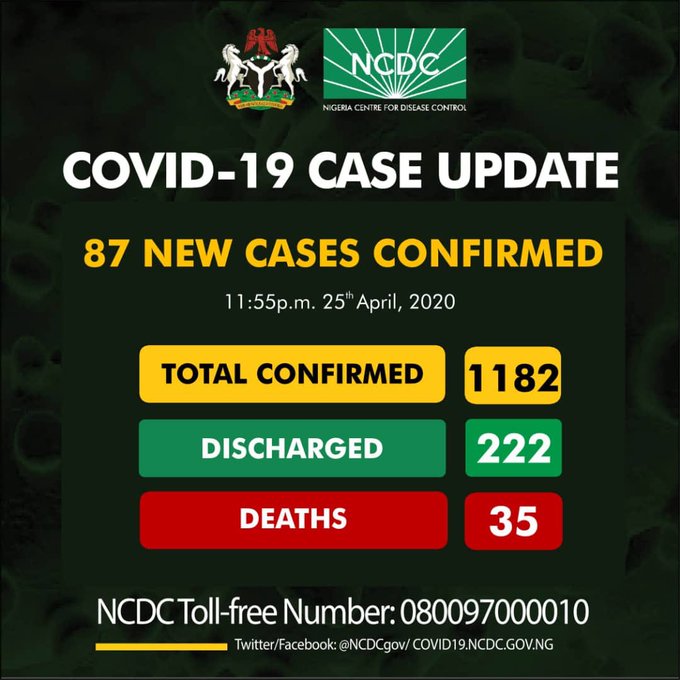 Eighty-seven new cases of coronavirus have been confirmed in Nigeria, bringing the total to 1182 in the country.

The Nigeria Centre for Disease Control NCDC broke the news in the early hours of Sunday morning via its verified Twitter handle.

Of the 87 new cases reported, 33 were confirmed in Lagos,18 in Borno, 12 in Osun, nine in Katsina, four in Kano and Ekiti, three in Edo and Bauchi and one in Imo.

14 new patients were also discharged, bringing the total to 222 while three new deaths were confirmed, with total fatalities now 35.