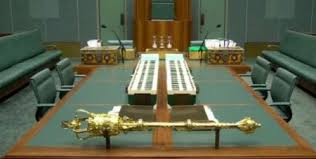 Legislators of the Oyo State Assembly have announced their decision to part with 30 per cent of their monthly allocation to support the fight against the deadly coronavirus pandemic.

The lawmakers reached the decision following a meeting held with the state governor, Seyi Makinde in Ibadan last weekend.

In a statement released on Monday by the Chairman, Oyo House Committee on Information and Media, Kazeem Olayanju, the 30 per cent deduction includes both the lawmakers’ salaries and other monthly allowances entitled to them as State honourables.

The lawmakers, according to the statement, said they decided to take the pay cut to ensure that the regular payment of civil servants’ salaries is not affected, irrespective of the economic situation in the state.

The statement reads: “Our income has been slashed by 30 per cent as our support towards COVID-19.

“The governor brought the idea and we agreed that effective this month, there should be the 30 per cent deduction.

“We were made to understand that the pandemic had greatly affected the economy of the country and the state as well as that the Federal Government has reduced allocation by 60 per cent.

“Hence, we agreed that political office holders should make sacrifices.”