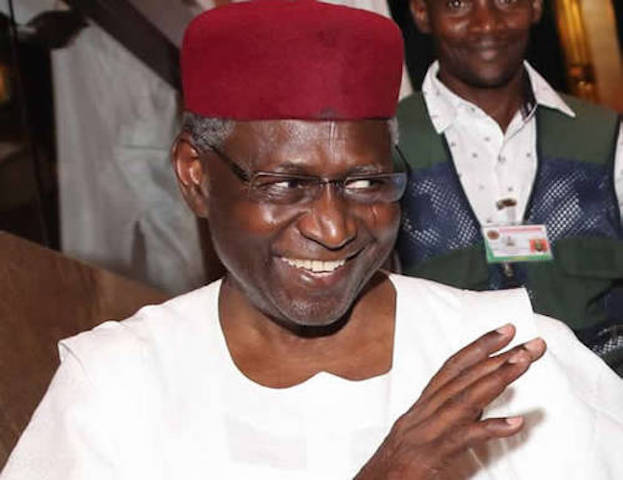 The Chief of Staff to President Muhammadu Buhari, Mallam Abba Kyar, became the biggest high profile casualty of coronavirus in Nigeria as he passed away on Friday. Kyari was said to have tested positive for COVID-19 on March 24 after visits to Germany and Egypt.

Kyari became an executive director in charge of management services at the United Bank for Africa, and was later appointed the chief executive officer. In 2002, he was appointed a board director of Unilever Nigeria, and later served on the board of Exxon Mobil Nigeria.

Appointment as Chief of Staff to the President and the Tag of “De Fact President”:

The late CoS, who was a lawyer, businessman and politician, turned to become one of the most powerful officials in the Buhari-led administration since 2015 when he was appointed to the position. The report of his influence made many Nigerians to refer to him as the country’s “de fecto President.” The belief would be reinforced when President Buhari directed minister designates in 2019 to channel all requests for meetings with him through Kyari. It was believed that the late CoS had huge influence on the President.

The leaked memo of the National Security Adviser, Babagana Monguno, to the Security Chiefs earlier in the year, where he accused Kyari of holding meetings with service chiefs and ambassadors without being authorised by the President spoke volume of the influence of the CoS at the seat of power. The NSA also accused the chief of staff of overiding the president’s directive to impose his own decision for implementation.

Many observers would not also exonerate Kyari from the ouster of Mrs Winifred Oyo-Ita as the Head of the Federal Civil Service. The duo had a public spat in 2017 over a leaked memo from Mrs Oyo-ita’s office which indicted the President in the reinstatement of wanted ex-pension boss, Abdulrasheed Maina. Mrs Oyo-Ita would later be removed from office by President Buhari in 2019 amid a 3bn corruption allegation against her. The Economic and Financial Crimes Commission however launched an investigation into the allegation of fraud, but many Nigerians believed Mr Kyari goaded the anti-graft agency into investigating Mrs Oyo-Ita. The EFCC however denied the allegation, saying its probe was not triggered by Kyari.

Amid many controversies emerging from the Aso Villa, Nigerians and political observers often concluded that Mr Kyari was in charge of the Federal Government, a sentiment also shared by the leading opposition party, the Peoples Democratic Party.

Kyari, COVID-19 and the Cold Hand of Death:

On March 24, 2020, there were reports from the Aso Villa that the Chief of Staff to the President had tested positive for the dreaded COVID-19 to become the biggest government official in Nigeria to contract the disease. Kyari had travelled to Germany, one of the countries with high prevalence of the virus, in early March with a delegation of other Nigerian government officials for meetings with engineering and industrial giant Siemens AG. On his return to the country, he attended high profile meetings with top government officials including state governors. The development heightened tension in the government circle as many who had contact with him were afraid of becoming carriers of the virus. Meanwhile, both President Buhari and Vice President Yemi Osinbajo tested negative, according to official statements.

Kyari, who was believed to be in his 70’s, was flown to Lagos from Abuja for treatment. On March 29, in a letter he wrote to the public, Kyari admitted that he tested positive for COVID-19 but he had yet to experience any of the symptoms associated with the disease. He expressed hope that he would resume to work.

In the early hours of Saturday, April 18, 2020, the Special Adviser to the President on Media and Publicity, Femi Adesina, announced that Kyari had died on Friday of COVID-19 complications.