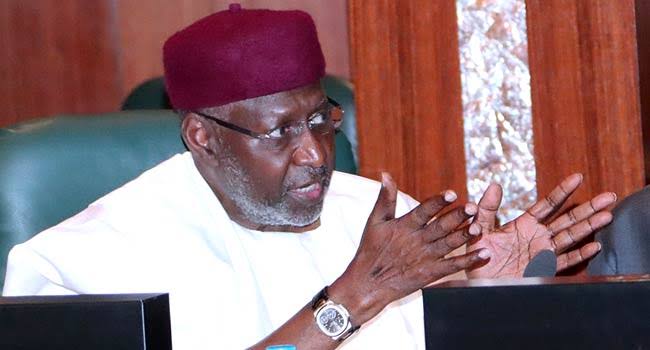 Abba Kyari, chief of staff to President Muhammadu Buhari, has lost his battle to coronavirus.

Femi Adesina, presidential spokesman, broke the news of his death on Friday night but did not go into details.

The president’s chief of staff had gone on self-isolation after testing positive for coronavirus late March.

He had subsequently moved to Lagos for treatment.

Alongside Sale Mamman, minister of power, the late chief of staff had attended a meeting in Germany with officials of Siemens to discuss issues relating to the Nigerian power sector.

“The Presidency regrets to announce the passage of the Chief of Staff to the President, Mallam Abba Kyari,” Adsina said in the statement.

“The deceased had tested positive to the ravaging COVID-19, and had been receiving treatment. But he died on Friday, April 17, 2020. May God accept his soul.”

Adesina added that funeral arrangements would be announced shortly.

The Nigeria Center for Disease Control (NCDC) confirmed four new coronavirus deaths on Friday but it is unclear if that of Kyari was listed.

Buhari had appointed Kyari , who hailed from Borno state, as his chief of staff in 2015 and reappointed him in 2019.