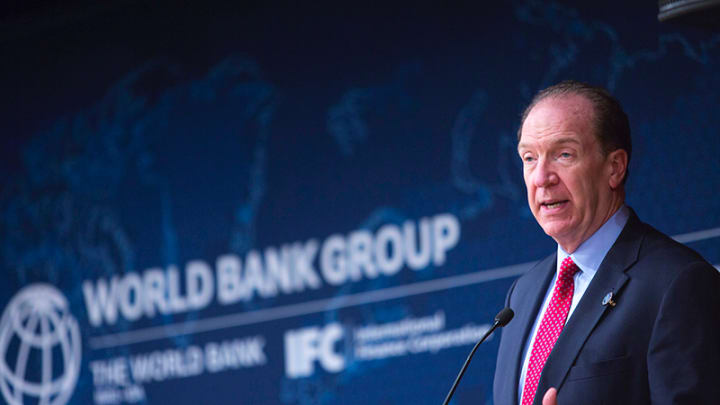 China and G-20 countries have agreed to grant debt relief to countries under the International Development Association IDA; that is, those with per capita income below an established 2020 threshold of $1,175, which makes Nigeria a beneficiary.

According to comments made by the World Bank president, David Malpass on Friday at the ongoing virtual April 2020 virtual Spring meetings of the World Bank and International Monetary Fund, ‘IDA countries will have bilateral debt relief beginning from May 1’.

The World Bank chief stated: “IDA countries will have bilateral debt relief beginning May 1. That way, they can concentrate their resources on fighting the pandemic and its economic and social consequences.

“I take note that in the G-20 meetings, China is supporting the international agreement to allowing moratorium of debt repayments by IDA countries if they ask for forbearance.

“That’s very important because China is one of the biggest creditors and their participation in that effort is important and was very welcome.”

Malpass said the relief will enable the beneficiaries ‘concentrate their resources on fighting the pandemic and its economic and social consequences’.

He said the utilisation of the funds will also be monitored through a system to allow for transparency as well as benefit the creditors.

The international financial institution president stated: “So if the government saves money by not paying creditors, there is an expectation that they use it for health, education, economic rebuilding, jobs and concrete ways to help the people of their country.

“There is also within the debt relief initiative, the idea that there will be monitoring and assessment of the debt sustainability of poor countries.

“That process itself will amount to transparency. That’s going to change the way that countries have been lending into the developing world and it will improve it substantially and there will be a big benefit even to the creditors.

“It’s not the best system for creditors to be making non-transparent loans into poor countries and this is going to improve the system.”

The World Bank president further stated that the process will also ensure that developing countries get more grants and concessional loans.