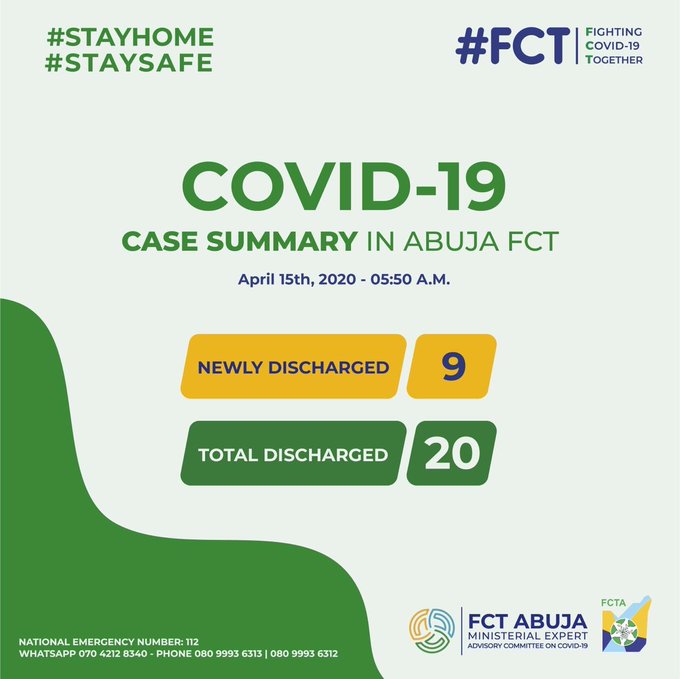 The Federal Capital Territory Administration FCTA has announced the discharge of nine coronavirus patients after recovering from the disease at the Abuja Isolation Centre.

This brings to 20 the number of COVID-19 patients that have been discharged from the centre.

Bello tweeted: “Dear FCT residents, I am delighted to announce the discharge of additional nine (9) #COVID19 patients in the FCT after they tested negative.

The FCT minister further urged residents in the Nigerian capital to ‘adhere to all safety measures. #StaySafe‘.