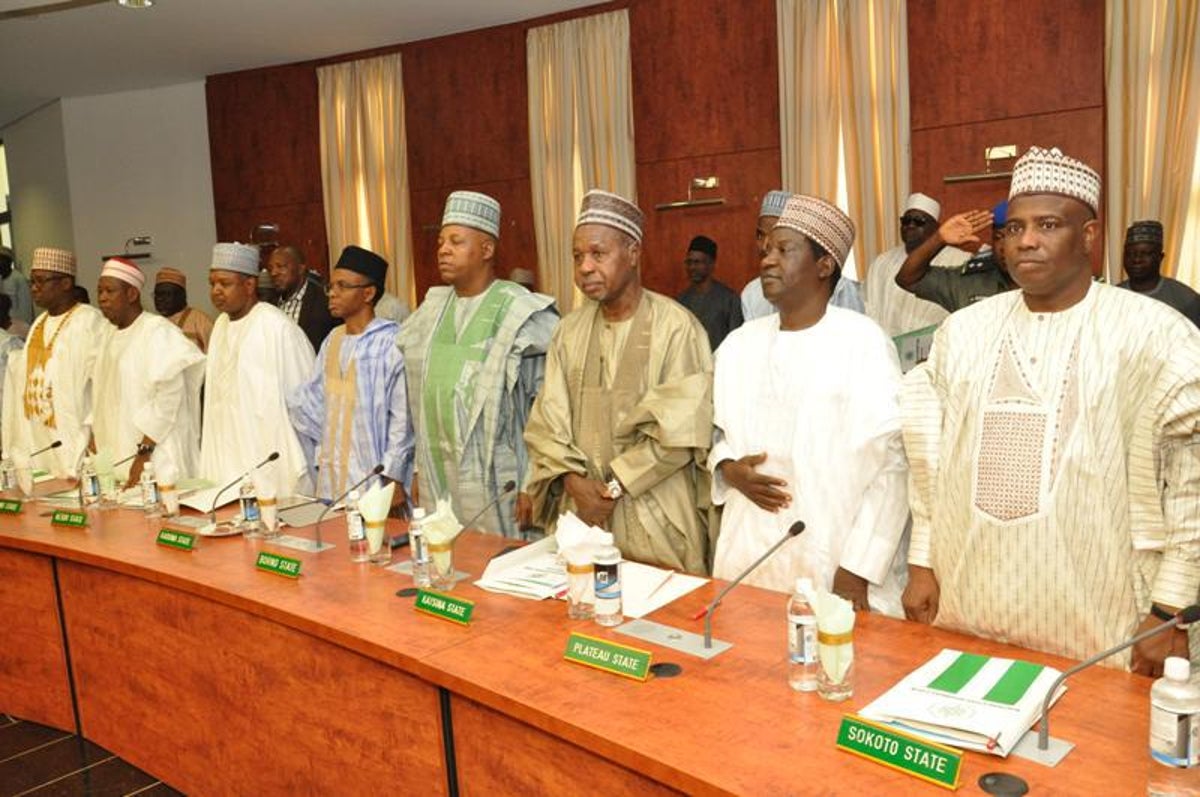 The Northern States Governors’ Forum resolved, after a teleconference meeting presided by Plateau State’s, Simon Lalong, that it cannot afford to lock down its region because the cost of imposing such decision is high.

In a statement on Monday by its Director of Press and Public Affairs, Macham Makut, Lalong said a ‘total lockdown of the region will come at a very high cost since most of its citizens are farmers who need to go to farms since the rains have started.’

He said the governors rather resolved to strengthen preventive measures through enhanced boundary controls and surveillance.

Lalong also said the governors agreed to approach the federal government for funds because the preventive measures they have put in place “have eaten deep into the pockets of the states.”

They also pledged “greater” collaboration to ensure that there is synergy among them in the fight against COVID-19.

The statement reads: “They agreed that at the moment, each state would adopt the measure suitable to its setting because total lockdown of the region will come at a very high cost since most of its citizens are farmers who need to go to farms since the rains have started.

“Another issue discussed by the northern governors was the issue of palliatives from the Federal Government where they regretted that so far, no state in the region had received a dime as special allocation despite the fact that some of them have recorded cases while others are making frantic efforts to prevent any outbreak, as well as prepare against any eventuality.

“This they observed has eaten deep into the pockets of the states as they have spent a lot of money already and may not be able to sustain this for a long time. Since prevention is better than cure, they canvassed that the federal government grant them some special funds just as it has done to other states.

“The northern governors lamented that the region has no testing centre, which is very disturbing. They resolved to again liaise with the Federal Government to ensure that each state at least gets one testing centre while highly populated ones get two.

“The governors also discussed the economic impact of COVID-19 on the region and decided that they needed to take a holistic look at the economic prospects of the region with a view to repositioning it for less reliance on federal allocation and to prepare for the future by diversifying to areas of comparative advantage such as agriculture, manufacturing, tourism and human capital development.”

The governors also set up a seven-man committee to be chaired by Atiku Bagudu, Kebbi governor, “to fashion out the way forward.”