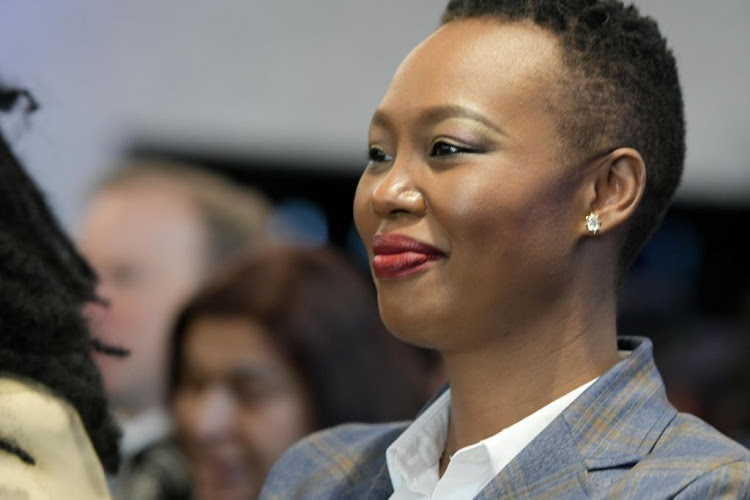 South Africa’s Minister for Communications and Digital Technologies, Stella Ndabeni-Abrahams was handed a special two-month leave, with one month of no pay as punishment from President, Cyril Ramaphosa for failing to oblige to the country’s lock-down rules and guidelines to prevent the spread of coronavirus.

Ndabeni-Abraham over the weekend, paid a friend a visit and had lunch with his family as pictures of her having lunch with her politician friend, MP Mduduzi Manana surfaced on social media despite stay-at-home directives issued by the government to its citizens to contain the spread of COVID-19.

In a statement on Wednesday by the spokesperson to the president, Khusela Diko, the president expressed his disapproval of the minister’s actions, saying it undermined the requirement that all citizens stay at home during the lockdown.

Diko said: “As to allegations that the minister violated the lockdown regulations, the law should take its course.”

He said the president summoned the minister on Tuesday to express his disapproval of the minister’s actions, which undermine the requirement that all citizens stay at home and save the country from the spread of the coronavirus.

Adding that the president though accepted Ndabeni-Abrahams’ apology for the violation but was unmoved by mitigating factors she tendered.

Diko further revealed that the president reprimanded the minister and directed her to deliver a public apology to the nation. Adding that during Ndabeni-Abrahams’ special leave, the Minister in the Presidency Jackson Mthembu will act in her position.

So far, South Africa has 1,749 confirmed cases of coronavirus, 45 recoveries and 13 deaths.