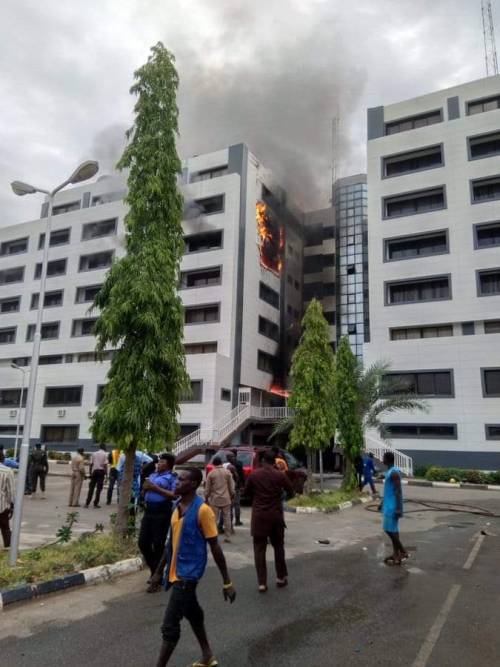 Meridian Spy reported a fire outbreak on Wednesday at the building of the office of the Accountant-General of the Federation AGF, otherwise known as Treasury House, which was successfully extinguished by personnels of the Federal Fire Service and the National Emergency Management Agency NEMA.

Although, the authorities are yet to disclose information on the level of damage caused by the fire incident, some prominent Nigerians have taken to social media to react on what some describe as ‘suspicious’ on the fire outbreak at the AGF’s office.

A former Special Assistant to former President Goodluck Jonathan, Reno Omokri, reacting on twitter, said: “The fire in the Accountant General’s office started a day after @OfficialPDPNig called for an audit into the so called subsidy regime that General @MBuhari’s government claims to have spent over ₦2 trillion on? How convenient! Who is fooling who?”

He tweeted: “The Accountant General’s office has been burnt? Sounds very suspicious to me. Is someone trying to cover up something? Time will tell.”