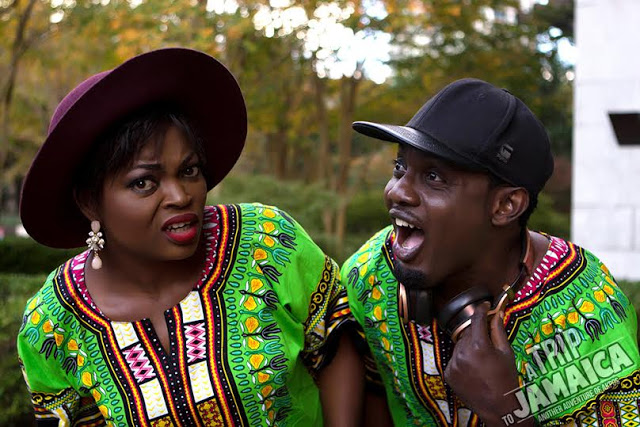 Nollywood actress, Funke Akindele and her husband AbdulRasheed Bello, popularly known as JJC Skillz, were yesterday Monday, arrested for violating the government’s order restricting gathering of 20 people. They were arraigned and sentenced to 14-days community service with a fine of N100,000 each by an Ogba Magistrate.

However, Nigerian top comedian, Ayo Makun, Popularly known as AY, reacting to the arrest of the Nollywood actress via his verified twitter handle, said he wished those who called out the actress can do same to countless oppressors in government.

AY wrote: “YES! NOBODY IS ABOVE THE LAW. BUT I WISH THOSE OF YOU WHO CALLED OUT @funkeakindele CAN DO SAME WITH YOUR COUNTLESS OPPRESSORS IN GOVERNMENT… EVEN WHEN THE SKY IS FILLED WITH CLOUDS THE SUN STILL SHINES ABOVE. FUNKE WILL RISE AGAIN.#LESSONSLEARNT.”

A twitter user, @Olufisiayo then reacted to his tweet, noting: “The countless oppressors in govt are the ones who buy “table for 1million” at your shows & YOU NEVER ONCE called them out. All you do is some dry jokes in sutana, spit into microphones & kiss their asses. Bloody hypocrite ni e, Ayo Makun. Twat.”