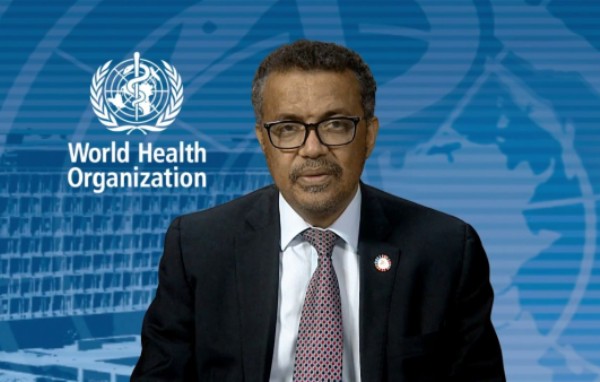 The Director-General of the World Health Organisation WHO, Tedros Adhanom Ghebreyesus has angrily criticised scientists as ‘racist’for their call to make Africa become become the world testing ground for coronavirus.

The DG told a virtual news conference on Monday that ”Africa cannot and will not be a testing ground for any vaccine’.

He said such suggestion was a hangover from the ‘colonial mentality’

“It was a disgrace,appalling, to hear during the 21st century, to hear from scientists, that kind of remark. We condemn this in the strongest terms possible, and we assure you that this will not happen.” The DG added.

This comes after two French doctors were accused of racism last week for suggesting that Africa should be the testing ground because the people there are highly exposed.Jean-Paul Mira, head of intensive care at Cochin hospital in Paris said: “If i can be provocative, shouldn’t we be din this study in Africa, where there are no masks, no treatments, no resuscitation?

A head of research at the Inserm health research group, Camille Locht agreed and added that a study in Africa was already being considered.

He said: “We are in the process of thinking about a study in parallel in Africa.”

This was followed by vehement criticism by many, including former Ivorian footballer, Didier Drogba who tweeted: “It is totally inconceivable we keep on cautioning this. Africa isn’t a testing lab. I would like to vividly denounce those demeaning, false and most of all deeply racists words. Help us save Africa with the current ongoing COVID-19 and flatten the curve.”

More than 70,000 people have died from COVID-19, as the illness is officially known, while over 1,200,000 infections have been confirmed in at least 183 countries and territories. More than 250,000 people have recovered from the coronavirus, according to Aljazeera.