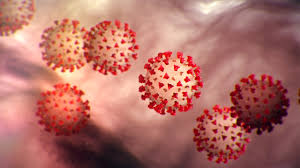 Twenty new cases of coronavirus were recorded in Nigeria, bringing the total number to 210.

This was made known on Friday by the Nigerian Centre for Disease Control NCDC via its official twitter handle,

According to NCDC, 11 of the cases were reported in Lagos, three in the FCT, three in Edo, two in Osun and one in Ondo.

“Two new deaths have been recorded in Lagos and Edo State.