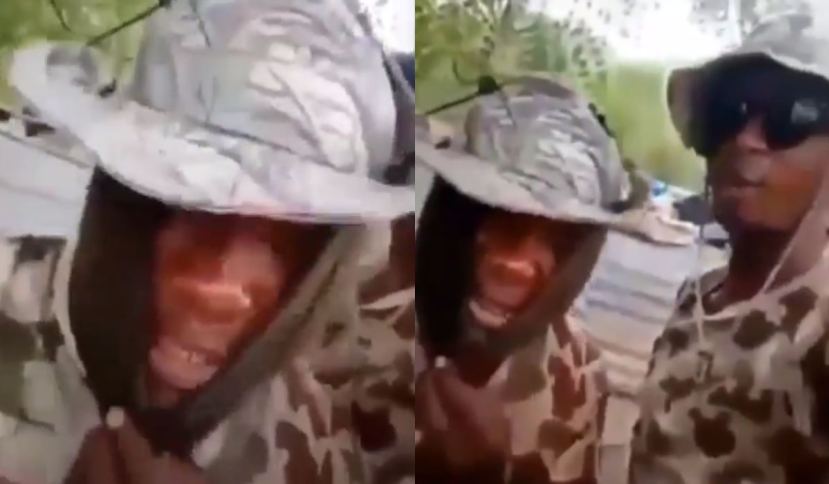 The Delta State Government has commended the Nigerian Army high command for arresting the two soldiers shown in a viral video threatening to rape and infect women in Warri with HIV.

In a viral video on Friday, the two army officers had threatened to rape women in Delta state, and infect them with HIV, in retaliation for the alleged murder of their colleague in the state.

In a series of tweet on Friday evening, the Nigerian army confirmed the arrest of the officers in the video.

“The Nigerian Army wishes to reiterate that it would not tolerate any form of irresponsibility and indiscipline on the part of any of its personnel.”

In a statement on Saturday however, the state’s Commissioner for Information, Charles Aniagwu, who earlier described the viral video as “fake”, commended the army.

Aniagwu explained that no soldier was killed in Warri and that government was concerned about where the soldiers got their information that warranted their using uncouth and uncivilised language in threatening the people of Warri.

He stated: “Let me on behalf of the Delta State Government thank the military high command for arresting the deviant soldiers who were bent on tarnishing the image of the army.

“The arrest of the soldiers in the viral video will no doubt restore the confidence of Nigerians in the military.

“It is worrisome that soldiers who were supposed to be highly disciplined would indulge in such acts of brutality and threats to women.

“We call on the military high command to carry out full investigation into the matter with a view to bringing the culprits to justice.”