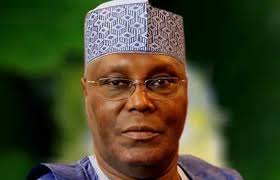 Media aide to former vice president and 2019 presidential candidate of the Peoples Democratic Party PDP, Atiku Abubakar, Paul Ibe has denied collecting the bio-data of Nigerians to distribute money due to the lock-down occasioned by the coronavirus pandemic.

There have been reports of a viral message online with the website www.atikufoundation.online asking for people’s personal data so as to receive financial supports from the former vice president.

Reacting to this on Thursday, Ibe said the notice was put up by scammers to defraud Nigerians, and that the website being used for such is unknown to the former vice-president.

He stated: “We wish to bring to the attention of Nigerians that former Vice President Atiku Abubakar is not connected to a certain notice circulating on social media directing unsuspecting members of the public to a link.

“We thus state categorically that any such link asking for the bio-data of Nigerians as beneficiaries of monetary handout is FAKE.

“This is obviously a SCAM, an attempt to fleece and defraud Nigerians by, perhaps, collecting their vital bio-data for a nefarious  objective orchestrated by masterminds  of the advertisement on social media.

“Atiku Abubakar, his businesses or charity organization is not in the know of this purported plan and the accompanying advertorial. The website address, https//www.atikufoundation.online, given by the scammers for individuals to apply, is unknown to the former Vice President.

“As a patriotic and law abiding citizen, the Waziri Adamawa had pledged his modest public donation to the Federal Government through the Priam Group to support government’s effort in fighting the spread of coronavirus in Nigeria and in providing succour to the most vulnerable of people amid the ravaging pandemic.”

He further called on security agencies to go after the “scammers” and bring them to book.