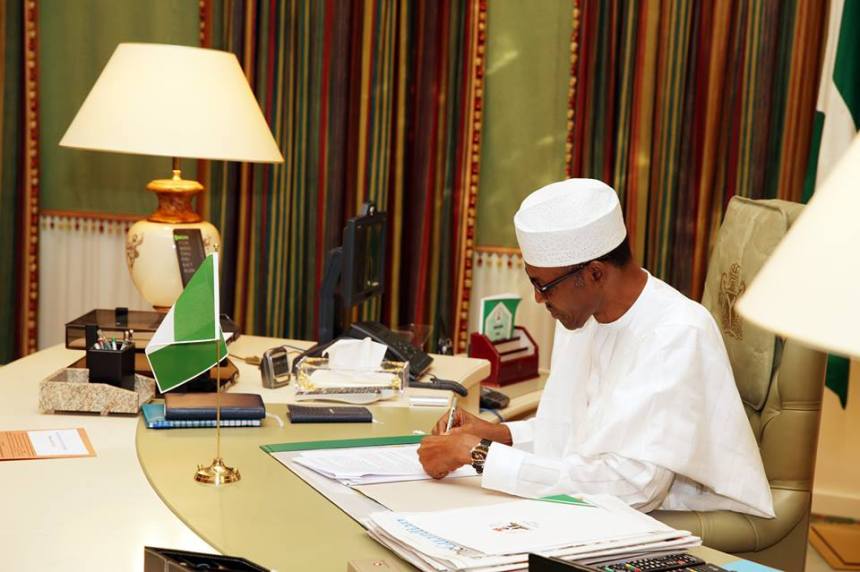 President Muhammadu Buhari has signed into law ‘the Covid-19 Regulations 2020’ to declare coronavirus as a dangerous infectious disease.

This was made known by his media aide, Femi Adesina on Monday.

Adesina, said the president signed the regulations “in exercise of the powers conferred on him by Sections 2, 3 and 4 of the Quarantine Act (CAP Q2 LFN 2004), and all other powers enabling him in that behalf.”

He said the regulations which will take effect from 11.00pm on Monday March 30 “also gave legal backing to the various measures outlined in the President’s nationwide broadcast on March 29 such as Restriction/Cessation of Movement in Lagos, FCT and Ogun State and others toward containing the spread of the pandemic in the country.”

The president had received strong criticisms from eminent Nigerians, including Nobel Laureate, Wole Soyinka who questioned whether he (Buharri) had the legal powers to restrict movement in the FCT, Lagos and Ogun states.

In reaction to this, Attorney-General of the Federation, Abubakar Malami, however said Ebun-Olu Adegboruwa, the human rights lawyer who raised issues over the lockdown, goofed. Adding that the quarantine act empowered the president to restrict movement when a “dangerous disease” breaks out.