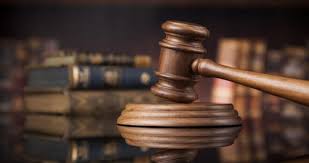 But Justice Mohammed Liman on Thursday granted the applicant, Udeogwu bail in the sum of N50million on the grounds of ill health and chronic tuberculosis. Adding that tuberculosis is a dangerous disease capable of affecting other inmates of the correctional facility.

Justice Liman stated: “I’m of the opinion that this application has disclosed a reasonable cause of action that the defendant’s health has greatly deteriorated which can not be salvaged by the doctor in the correctional services centre.

“Accordingly this application is meritorious and succeeds.

“Bail is hereby granted to the applicant in the following terms: Applicant is granted N50million bail with two sureties in like sum, one of the sureties must be a landed property owner within the jurisdiction.”

The judge also ordered that the bailiff of court must verify the authenticity of the title documents.