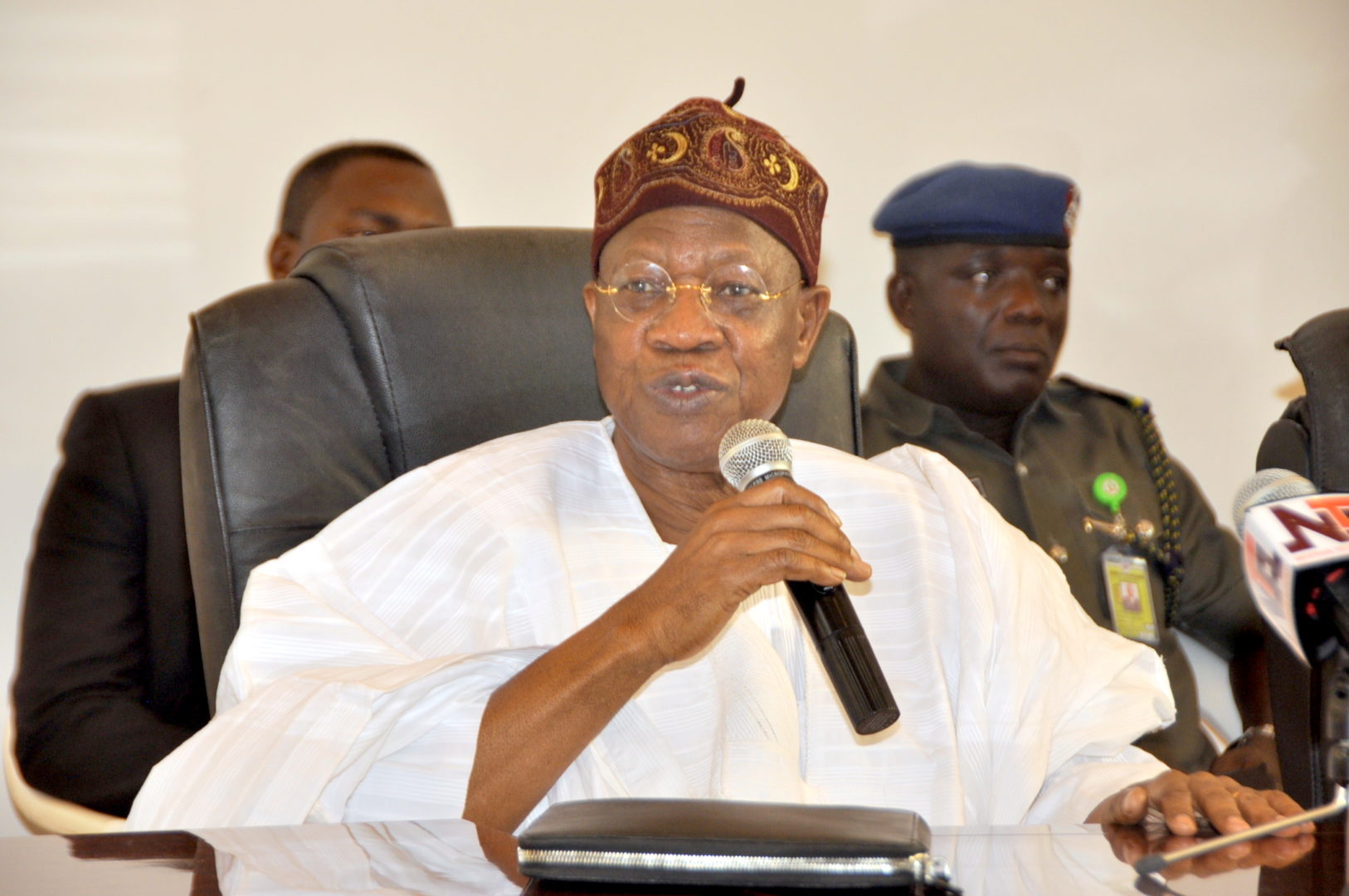 Nigeria’s Minister of Infomation, Lai Mohammed has said the government is not getting the kind of cooperation it deserves from Nigerians in the fight against the deadly coronavirus disease.

In a press conference at Abuja on Thursday, Mohammed said many Nigerians are busy making “meaningless criticisms” instead of complying with the stipulated directives to keep themselves safe. Adding that some citizens who flew into the country gave fake telephone numbers and addresses, making it difficult for them to be traced.

The information minister further stated that the government’s strategy at containing the pandemic is working, but still has a long way to go. “We are considering tougher measures to curb the spread of COVID-19. He added.

Lai Mohammed stated: “Let me say, without mincing words, that we are not getting the kind of cooperation that this moment deserves from Nigerians. Many are busy engaging in meaningless criticisms instead of complying with the stipulated directives to keep people safe.

“Some Nigerians who flew into the country from overseas filled wrong addresses and phone numbers in their forms, making it difficult to trace them when the need arises.

“Some Nigerians defied orders to stay away from large gatherings while some religious leaders willfully flouted the directives to ensure social distancing.

“The government is doing its best but we need the citizens to do their best too. We have now gone past the stage of persuasion. It’s time for strong enforcement.

“I want to say straight away that our strategy at containing this pandemic is working, but we still have a long way to go.

“We know our priorities and we know our challenges. We have taken very bold measures in stopping international flights into the country, and we hail the state governments that have take equally bold measures in their states, which include the closure of markets and the prohibition of large congregations.”

Mohammed further explained that the government is considering tougher measures to curb the spread of COVID-19.

He said the possible measures include; “Stopping inter-state/inter-town travel, except for essential services.

“Closing all motor parks and inter-state rail stations. Already, all train movements nationwide have been stopped. Using fire fighting and other adaptable vehicles and personnel to fumigate cities and towns.”

Nigeria has recorded 56 confirmed cases of COVID-19 with one death and eight recoveries, after the Lagos State government on Thursday disclosed that six more patients were discharged from its Infectious Disease Hospital IDH in the state.