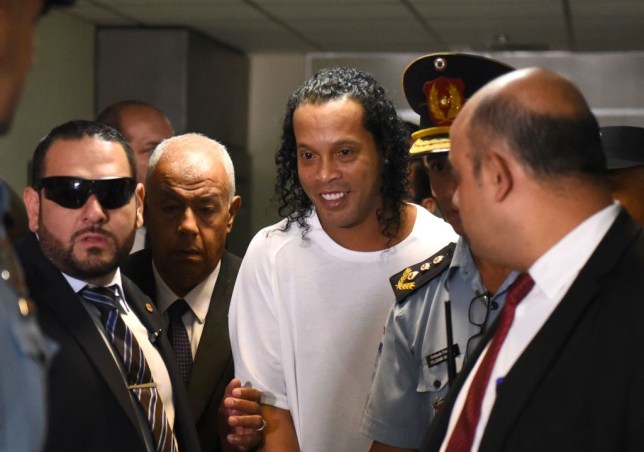 Former Brazil football legend, Ronaldinho is celebrating his 40th birthday with inmates in a Paraguayan prison.

The former Barcelona star was jailed earlier this month along with his brother for entering the South American country with a fake passport.

According to Standard UK, inmates in the Paraguayan prison organised a barbecue party on Saturday for Ronaldinho to keep him in good spirits on his 40th birthday.

His former Brazilian team-mates, Ronaldo and Rivaldo however sent messages of support to him on Instagram.

The former Brazilian football legend had to spend more time in prison than was originally expected due to the coronavirus pandemic.